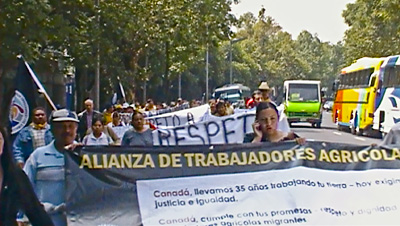 Under the flags of the Agriculture Workers Alliance, more than 300 Mexican migrant farm workers descended on the Canadian embassy in Mexico City on June 15, to denounce their working and living conditions as migrant agriculture workers in Canada under the federal government’s Seasonal Agriculture Workers Program (SAWP).

The protest parade started at the Tamayo Museum, marched down Reforma Avenue and arrived at the front steps of the Canadian embassy, where the workers demanded a complete reform of SAWP which currently leaves workers vulnerable to abuse, exploitation and unsafe living and working conditions.

The peaceful protest brought together both current and veteran members of SAWP fields who sang on the steps of the embassy together – No more fear, no more discrimination: equality and justice for migrant workers.

“In Canada the government doesn’t listen. Neither does the consulate. They pretend the problems with SAWP don’t exist, said a worker at the Mexico City protest. “But the abuse is real and we know it”.

Under SAWP, migrant agriculture workers are typically paid minimum wage and are often subject to working and housing conditions that Canadian residents would find intolerable. SAWP workers have historically been hesitant to report dangerous working conditions or hostile employers for fear of being sent home or blacklisted from returning the next season.

“Canada says SAWP is a ‘model’ program but the model is broken,” says Andrea Galvez, co-ordinator of the Agriculture Workers Alliance (AWA) in Quebec, who joined the workers in Mexico City for the protest. “These workers have come from all over Mexico today to tell the real story about SAWP and the changes needed to make it a fair system for everyone.”

While protest songs and traditional music filled the air, the protesters distributed pamphlets describing those changes: the right to have a voice in negotiating their working and living conditions; stepped up enforcement of health and safety regulations; respecting all the human and labour rights that every worker in Canada is guaranteed under the Charter of Rights and Freedoms, including the right to unionize.

Every year more than 15,000 Mexican workers come to Canada under SAWP. For three decades UFCW Canada has led the campaign for justice for migrant and domestic agriculture workers in Canada. In partnership with the Agriculture Workers Alliance (AWA), UFCW Canada operates ten AWA worker support centres across Canada. 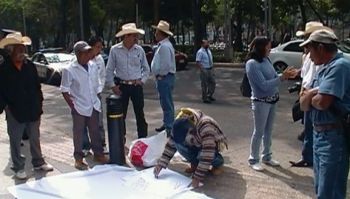 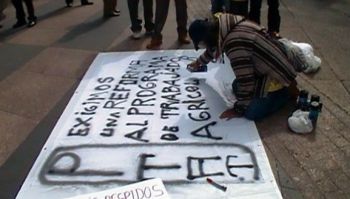 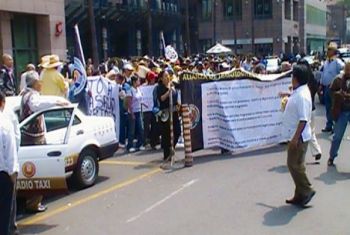 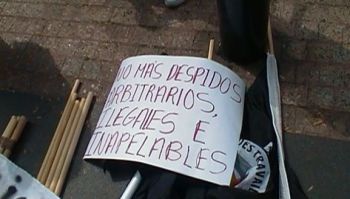 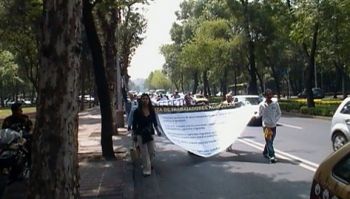 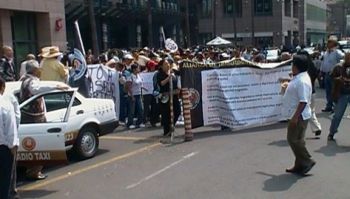 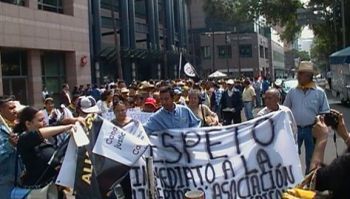 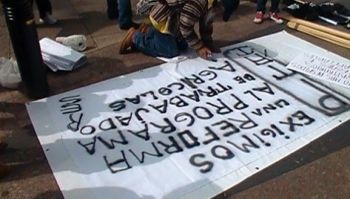 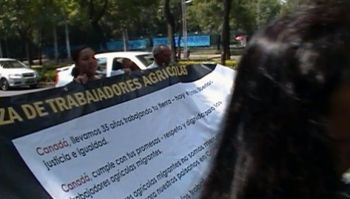 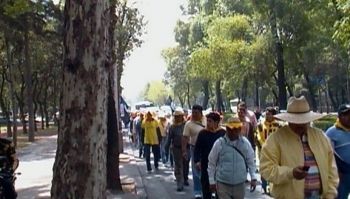 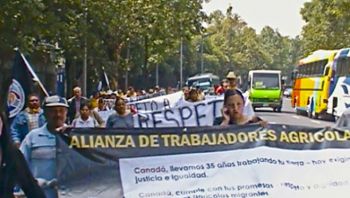