Migrant agricultural workers from Honduras began toiling in Quebec fields this week, after a Quebec farm lobby group and Honduran officials cut a deal to bring the workers to Canada under the federal government’s controversial Temporary Foreign Workers (TFW) program. The TFW program provides no oversight to prevent the abuse of foreign workers contracted to Canadian employers, yet it is a program the federal government has aggressively been expanding by the tens of thousands of workers. 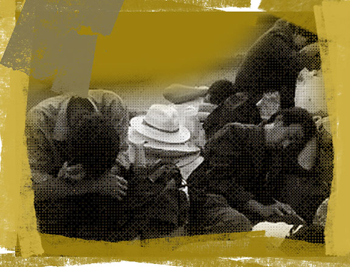 “The TFW program is the federal government's “Exploitation Express” that delivers migrant workers to Canada as a vulnerable and disposable work force,” says UFCW Canada National President Wayne Hanley. “The collusion between the farm lobby and the governments is not only appalling, but an assault on the rights and safety of precarious workers who are fired and shipped out if they voice any concerns.”

While the newly arrived Honduran workers do have visas and a work permits, the employment contract they are forced to sign clearly states that Canada “has no power to intervene or ensure the contract is enforced” in case of dismissal, abuse or exploitation.

The abuse of migrant workers under TFW program was recently in the news after UFCW Canada and community allies launched a campaign to denounce the nefarious living and working conditions of migrant Guatemalan farm workers. For a number of years workers from Guatemala have been brought to Canada under TFW contracts that force them to sign away some of their basic workplace rights to get the job and keep it.

Yet in spite of the well documented problems with the TFW program, the federal government has begun discussions, along with industrial agriculture lobbyists, to “harmonize” the system; potentially allowing employers even less supervision, as well as passing housing and transportation costs that are now paid for by employers onto the workers.

“The TFW program absolutely has to change,” says Brother Hanley, “but what’s going on here is the private sector, behind closed doors, calling the shots on employment and immigration policy.”

“The abuse has to end – not increase. That will only happen with an open and just public review and reform of the programs that bring temporary workers to Canada,” adds the National President.

“Whether workers come from Honduras, Mexico, the Caribbean, Guatemala, Thailand, the Philippines or other sending countries, the story is the same. They are forced to surrender their human and workplace rights at the border in order to work here. The federal government would say it’s not so but a public review would definitely show otherwise.”