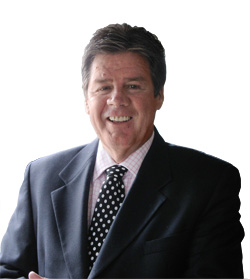 Long-time UFCW Canada leader Gib Whitlock peacefully passed away on Friday, November 12 with family by his side. The charismatic president of UFCW Canada Local 247 was 68.

Brother Whitlock’s involvement in the labour movement began in the early 1970s while proudly serving UFCW Canada – and its forerunner the Retail Clerks – as a shop steward at a Loblaws store in London, Ontario. A staunch trade unionist, Brother Whitlock’s devotion and commitment impressed former Canadian Director Clifford Evans who called on Gib in the late 1970s to serve the union as a national representative.

Throughout the 1980s, Gib applied his sharp mind and expertise to helping working families across Canada, especially in the Western provinces, where Brother Whitlock played a key role in building the union’s presence. A natural leader, Brother Whitlock dedicated the last 20 years of his remarkable service to the membership as the president of three local unions: Local 401, Local 777, and Local 247 respectively.

“Gib dedicated over four decades to fighting for workers and helping UFCW Canada to become one of the most dynamic and progressive forces in Western Canada,” says UFCW Canada National President Wayne Hanley. “Gib’s strong presence will long be remembered and his outstanding contribution to the union as a rank-and-file activist, international staff representative, local union officer, and national vice-president represents an extraordinary legacy of activism.”

Gib is lovingly remembered by his wife Bonnie and sons Trent and Travis, along with many comrades and friends.

In lieu of flowers, Gib’s family has requested that donations be made to the Leukemia & Lymphoma Society (LLSC) in Brother Whitlock’s memory and honour.