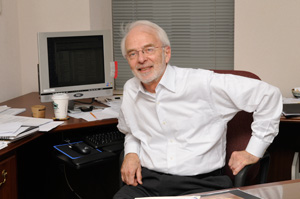 In a statement announcing his well-earned retirement, Brother Wendel modestly thanked the union by saying “I could not have asked for a more satisfying career and am honoured to have been able to contribute in some small way to making a better life for the members of the UFCW.”

Speaking on behalf of the union’s 1.3 million members, UFCW International President Joe Hansen praised Brother Wendel for his dedication to the membership. “Ed has served the UFCW for almost 39 years with enormous integrity and dedication, and is a trusted friend as well as counsel,” says Brother Hansen. “We offer Ed our very best wishes.”