The Report on Business just released its annual list of Canada’s largest employers for 2010, and once again the country’s biggest food retailers are right up there with the energy giants and the big 5 banks.

Total Employees: Next to the Onex Corporation, Loblaws parent company George Weston Ltd. is Canada’s largest employer with over 155,000 employees. Empire Company Limited – which owns and operates Sobeys – is now listed in fourth place (nipping at the heels of Magna International), and Metro took the ninth spot on the national ranking with 65,000 total employees. Although it didn’t make the list because it’s controlled by its Arkansas parent, Walmart is now the country’s fifth largest employer with over 85,000 employees. 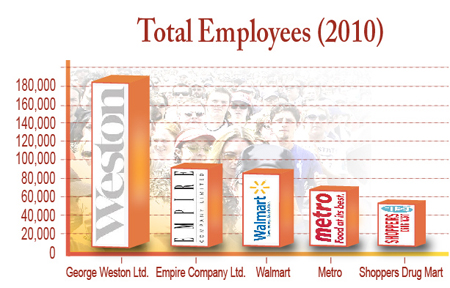 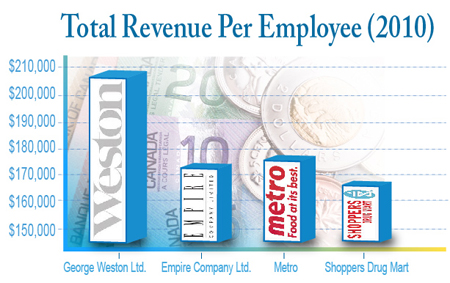 Total Profit Per Employee: Out of Canada’s biggest food retailers, Shoppers Drug Mart made the most from its workforce with a profit per employee rate of $11,326. Sobeys profited less with a rate of $6,028, but still twice as much as Metro and George Weston Ltd, which reported rates of $3,354 and $2,916, respectively. 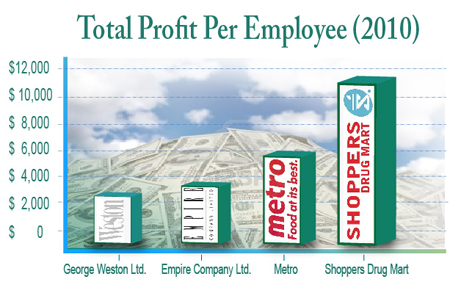