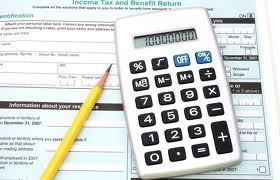 Before mid-March, the Harper government is expected to release its next budget — a budget that finance minister Jim Flaherty says will focus on "economic growth and jobs."  Unfortunately, the Harper record indicates that "growth" will mean growing profits for corporations. As for "jobs", the focus there will be on slashing public service jobs to add to the real unemployment rate that is now at least 10.6%, and almost double that at 19.7% for young workers.

The Harper government perversely believes the best way to cure the recession is to punish the victims, while at the same time rewarding the corporate sector which caused the recession and is currently sitting on over $500 billion in cash. Add to that an additional $13 billion a year that corporations now receive in the wake of corporate tax cuts the Harper Tories built into their Economic Action Plan. The plan makes sense for the corporate elite, but does nothing for everyday Canadians who need an economy that provides opportunity for all Canadian families.

Job creation, not job destruction, must be central to reversing a recession that saw 63,000 additional jobs disappear in the last three months of 2011 alone. It is a message that labour activists and allies must send to Harper MP's and cabinet ministers in the weeks leading up to the final drafting of the budget. That can be by phone, letter, fax or personal appointment — to tell the Tories that job creation is the best way to reduce the deficit and debt, because jobs mean more tax revenues and lower spending on programs like EI and social assistance.

Activists are also encouraged to send their pre-budget comments to the Harper government online at http://www.fin.gc.ca/prebudget-prebudgetaire/1-eng.asp .

Every dollar spent on job creation produces five times as many jobs as a dollar kicked back in corporate tax cuts.  If the next budget is to truly focus on "economic growth and jobs", then it must be a budget that stops the cuts to public services and the handout of billions in corporate tax cuts; and instead invests in jobs, and an economy that works for all Canadians.