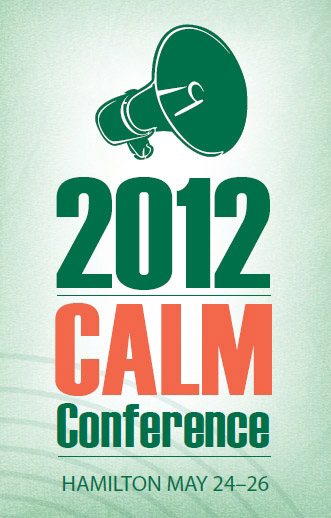 The deadline for this year’s CALM Awards submissions is rapidly approaching.

The CALM Awards are open to all members and associate members of the Canadian Association of Labour Media, and Local Unions are invited to submit their best print and electronic publications from last year to CALM before March 31, 2012.

For the past 30 years, the annual CALM Awards have recognized the country’s best labour communications projects, and UFCW Canada has a long tradition of earning awards at both the national and Local Union level.

Last year, UFCW Canada Local Unions and the National Office were awarded several distinctions, including the Muckracker Award for www.GEE20.ca; the Best Moving Billboard, which went to Local 1400 for their “Having a Rough Time at Work?” emery board; and the prestigious Ed Finn award, which went to Local 1000A for their outstanding feature story on Negotiations with Loblaws.

This year’s award winners will be announced at the 2011 CALM Conference, scheduled to be held in Hamilton, Ontario, from May 24 to 26. The annual CALM Conference provides labour communicators across the country with a chance to share ideas and build on their technical skills through a series of workshops, including Web Writing, Photoshop, Speechwriting, and many more.

To find out more information about the CALM Awards and annual conference, visit www.calm.ca.