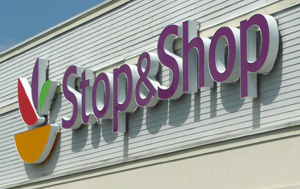 UFCW is claiming victory in its effort to prevent multinational grocery conglomerate Royal Ahold from enforcing a policy that aimed to restrict its employees' use of social media outside of the workplace.

Late last year, Royal Ahold grocery chains in the New England and Mid-Atlantic regions of the United States - including Stop & Shop in New England and New York, Giant Food in the Mid-Atlantic U.S., and Martin's Food Markets in Virginia - began requiring their workers to sign a "Social Policy Guidelines" document that called for severe punishments if employees used social media outlets such as Facebook and Twitter to communicate about their jobs. The guidelines threatened strict disciplinary action and possible dismissal for employees who either refused to sign the document or violated its provisions.

In March 2012, UFCW Local 1500, which represents 5,500 Stop & Shop workers in the New York City area, filed a National Labour Relations Board (NLRB) complaint alleging that the Guidelines document violated federal labour law and the civil rights of workers. The move came shortly after UFCW Local 400, the union that represents thousands of Giant employees in Maryland and Virginia, and two Teamsters locals took similar action on behalf of their members. "Stop & Shop has implemented  a policy that is vague, overbroad, and in violation of the civil rights of our members employed at their stores. Furthermore, they did so without first bargaining with our union. That action alone is in violation of federal labour law," Local 1500 Secretary-Treasurer Tony Speelman said when launching the complaint.

Last month the guidelines were withdrawn by Stop & Shop and they are now under review. Company spokeswoman Arlene Putterman claims a new social media policy is currently in effect.

Meanwhile, a settlement of a complaint filed against Giant with the NLRB's regional office in Baltimore is imminent, according to NLRB spokeswoman Shelly Skinner. The NLRB reportedly believes that the language of the Giant policy is overly broad and will likely rule that the company will no longer be permitted to threaten dismissal for employees who refuse to sign the policy.

Amber Sparks, director of new media at UFCW's international headquarters in Washington, D.C., told In These Times magazine that the Royal Ahold victory is part of a larger battle taking place in the realm of social media. "The union is using social media, especially Facebook, as a way to connect workers with each other and their union. These efforts are provoking reactions from employers like Giant who see Facebook campaigns for fair labour contracts, or new organizing initiatives, as a threat," she said.