By The Numbers: Trade union rights under attack

The 2011 annual survey done by the International Trade Union Confederation (ITUC), released on June 6, 2012, reveals that the trade union trade rights continue to be brutally trampled by both governments and employers around the world.

The world economic crisis continued to unfairly impact on workers' jobs, and austerity measures taken by the governments of different nations contributed to massive unemployment and underemployment; increased precarious work; and was made even worse by legislative attacks on the freedom of association and collective bargaining rights of workers in many jurisdictions.

Number of unemployed people in world in 2011.

Percentage of unemployed youth in Spain.

Number of workers who died as a direct result of their trade union activities.

Death of trade unionists in Latin America, including 29 in Colombia and 10 in Guatemala — crimes committed with almost total impunity.

Number of trade unionists killed in Asia, including 4 in the Philippines, shot and killed in separate incidents for defending workers rights.

A garment union leader and activist brutally killed in Bangladesh for years of union activity.

Number of domestic and migrant workers in the world, the most vulnerable group of workers, with little or no knowledge of working rights and no means of enforcing them, suffering oppressive —  and many times violent — working and living conditions.

Died  in Zimbabwe after spending a rainy night on the roadside, because his family was among the farm workers evicted for trying to organize.

Countries where there is still no Freedom of Association at all.

The federal Conservative government weakened the Freedom of Association and collective bargaining rights.


The ITUC represents 175 million workers in 153 countries and territories and has 308 national affiliates. 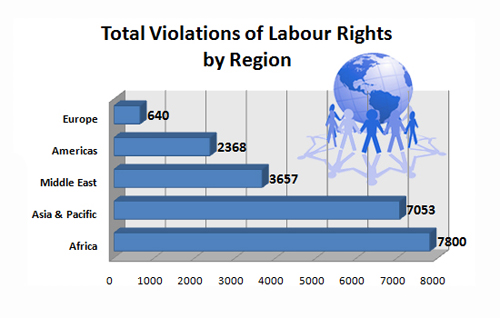 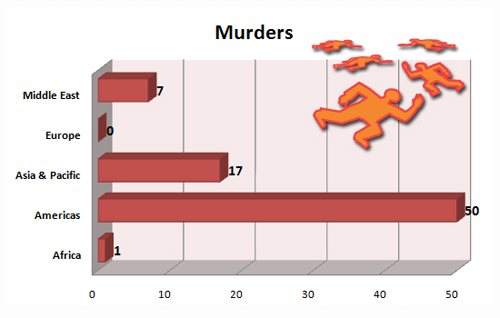 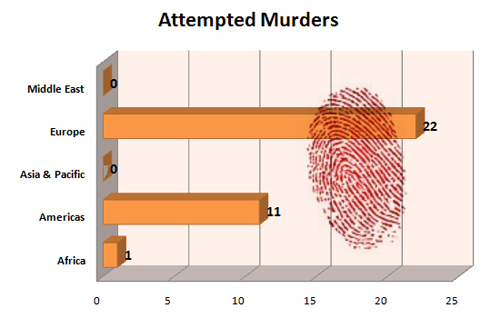 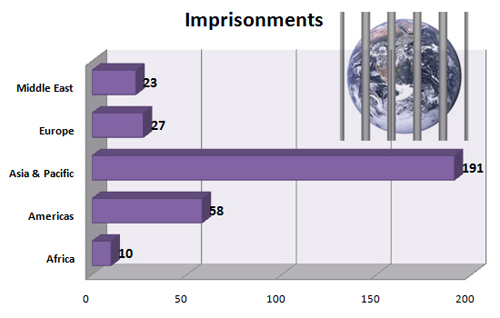 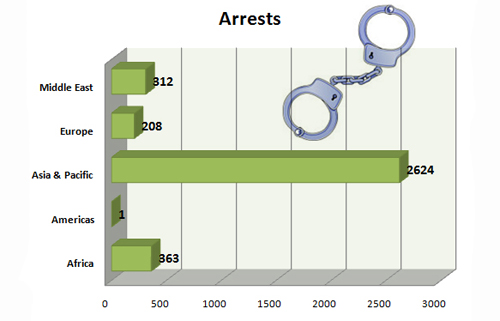 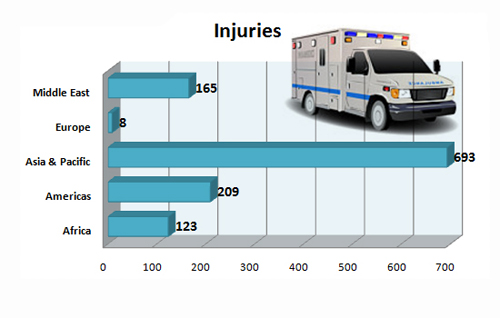 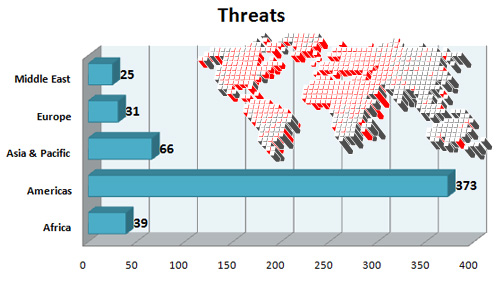 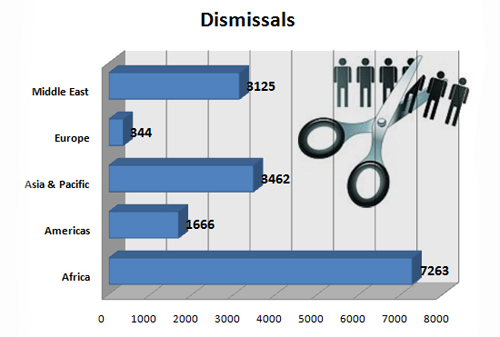