Tax havens fatten the rich while austerity ravages the rest 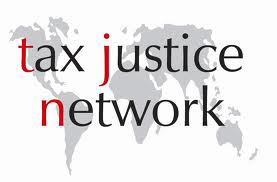 G20 leaders pledged to shut down tax havens at their crisis summit in April 2009, but a new study shows them flourishing as never before.

While workers are told to tighten their belts and pensions and public services are brutally slashed, the world's wealthiest investors have concealed up to USD 32 trillion - the equivalent of 45% of global GDP, the world's annual production of goods and services - from their countries' tax authorities.

The Price of Offshore Revisited, based on careful sifting of data from the Bank for International Settlements  and the IMF, excludes non-financial assets including real estate which would further elevate the scope of the crime. "This offshore economy is large enough to have a major impact on estimates of inequality of wealth and income; on estimates of national income and debt ratios; and - most importantly - to have very significant negative impacts on the domestic tax bases of 'source' countries," concludes the author.

A mere 92,000 people account for half of this untaxed hoard of wealth, 001% of the world's population; in the language of the Occupy movement, we are the 99.999 percent.

The argument for eliminating offshore tax havens has largely disappeared from public debate since Gordon Brown declared them on the road to extinction and the OECD obediently produced a paper to corroborate this absurd declaration.

Austerity goes down easier when you can claim that there really is no money. It is time to put the issue, and the money, back in the center of public debate. And to follow up this study with a new look at how much taxable income transnational companies are currently concealing from public authorities through the use of transfer pricing and other accounting gimmicks.

Republished with permission from the International Union of Food Workers (IUF)