Local 832 calling on activists to “Take Back the Night” 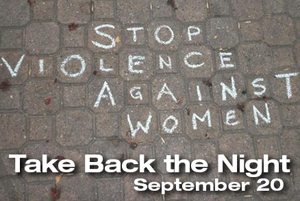 Take Back the Night, is a worldwide march held in protest of violence against women and children.

The event began in the 1970s when groups of women with candles marched together and spoke out against the pervasive violence affecting the lives of women around the world.