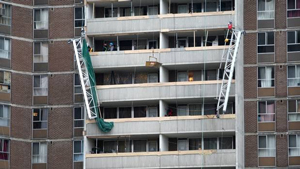 Toronto – December 5, 2014 – December 24th marks the fifth anniversary of the Christmas Eve scaffold tragedy, in which four migrant workers were killed and another seriously injured after the scaffold that was supporting them collapsed at a Toronto worksite.

The company that supplied the swing stage involved in the deadly scaffolding collapse was fined December 4th for failing to ensure that the platform was in good condition – but the owners of the company have evaded jail-time, despite their admitted failure to provide a safe workplace.

The company, Ottawa-based Swing N Scaff Inc., pleaded guilty to the charge and also faces a 25 per cent victim fine surcharge. One of Swing N Scaff's directors, Patrick Deschamps, pleaded guilty to failing to ensure that the platform was in good condition and that it was designed by a professional engineer, evading jail time and being fined a shameful $50,000.

"The full power of the law must be used to jail owners when workers are killed by a company's negligence. That should have happened here," says Paul Meinema, the National President of UFCW Canada. "We must continue to honour and remember the victims of this disaster by fighting for improved workplace health and safety protections and by pressuring governments and employers to inform all workers of their right to refuse unsafe work."

Immediately after the workplace tragedy, UFCW Canada joined other social justice and labour organizations in calling for jail time for the owner of Metron Construction Ltd., which was also given a fine for criminal negligence, while the owner of that company also evaded a criminal conviction and jail time – instead, only receiving fines for Occupational Health and Safety Act violations.

"Employers must be made to see that if you kill a worker, you go to jail," the National President of Canada's leading union adds. "Until then, workers will continue to be the victims of reckless corporations."