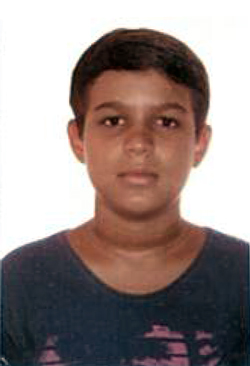 Toronto – June 1, 2015 – Joao Victor Alonso Kutianski de Santana is one of 20 recipients of the 2014 UFCW Canada Migrant Workers Scholarship. Joao was nominated by his aunt, Carla Mendes Da Silva, who since arriving in Canada in 2013, has been working at her local Safeway store in Alberta.

Originally from Brazil, Carla came to Canada with her husband, who is a skilled worker in his industry, and their three daughters, ranging in age from 12 to 17.

Working in the deli department of her store, Carla enjoys taking the time to greet customers and ensure they are given the best possible service. She considers herself lucky to have found a great home in Canada, where her hopes for her children's education can become a reality.

Joao's mother, Elizabeth Alonso Gonzalez is a single mother who was grateful to hear the news of her son winning the scholarship, which will contribute to his educational endeavours.

Since 2010, Canada's union for agriculture workers has received over 15,000 applications for its Migrant Worker Scholarships program and has now awarded scholarships to over 65 children to benefit their educational pursuits in their home countries.