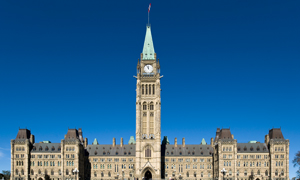 Ottawa – June 4, 2015 - UFCW Canada supports the passage of Bill C-279 — as originally passed by the House of Commons — to protect transgendered people against hate crimes and discrimination. But while the House of Commons passed the bill two years ago (the “Gender Identity” Act), an amendment passed by a Senate committee would weaken its protection, and would actually allow federal agencies discretionary power and impunity to discriminate against transgendered Canadians.

The “bathroom amendment”, introduced by Conservative Senator Donald Plett not only goes against the spirit of the bill as originally passed by the House of Commons, but threatens the bill from ever receiving Royal Assent; for if the amendment stands, the bill would have to return to the House and be voted on again — a notion that is increasingly unrealistic given the short time before parliament breaks before the fall election.  Essentially, under this scenario, without Royal Assent, Bill C-279 would die on the Order Paper and four years of legislative struggle would have to begin all over again.

And if it did pass, as amended, “this amendment will have the effect of permitting discrimination with respect to services, facilities, accommodation or premises that are “restricted to one sex only”, as noted by the Canadian Civil Liberties in recent correspondence to the Senate.

Statistics show a high incidence of abuse, discrimination and criminally hateful behaviour as it relates to transgender individuals. Transgender Ontarians face three times the national unemployment rate as individuals not identifying as transgender. The addition of gender identity as a prohibited ground of discrimination in the Canadian Human Rights Act would strengthen equality in the hiring process. The addition of Criminal Code sanctions would also make it criminal to discriminate or propagate hate against an individual as a result of their gender identity.

In March 2013, the House of Commons stood up to protect the equality, safety and dignity of transgender people when they passed Bill C-279. What Senator Plett has proposed in his amendment is contrary to the equality rights under section 15 of the Canadian Charter of Human Rights, and is an underhanded attempt to diminish the bill, or to destroy the bill’s passage altogether. The stalling should stop, the amendment should be rescinded, and the Senate should pass C-279 in its original form, and return it to the House of Commons, as quickly as possible, for Royal Assent.

*****
To take action in support of Bill C-279, go to www.transequalitycanada.com and spread the word with the hashtag #SupportBillC279.