Fairness is forgotten in search for missing migrant workers 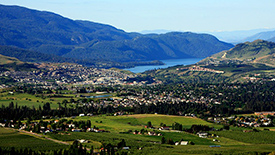 The four missing workers had come to BC from Mexico, under the Seasonal Agriculture Workers Program (SAWP). The men went missing on June 26, after they traveled into town to do some banking. A month later, the police alerted the media  — which in turn published  passport information and driver’s license photos of the four men supplied by the police, as well as reported that the RCMP had alerted Canadian Border Services and U.S. Homeland Security.

“We are certainly concerned about the well-being of these workers,” says Stan Raper, the national co-ordinator for the Agriculture Workers Alliance (AWA), “but we are also concerned that the coverage of this story has left the impression this is more like a criminal investigation than trying to make sure these men are safe.”

“These workers are not fugitives, but in many ways the media and the authorities have handled the case like they were. Fairness has been forgotten,” says Brother Raper. “Migrant agriculture workers make a tremendous contribution to the community and to the economy. Certainly the search should continue, but portraying these workers as a potential security risk must end.”