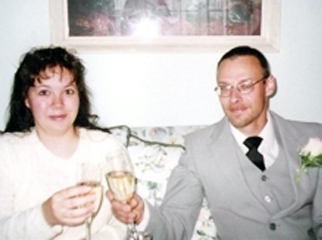 After six long and painful years, the family of Kevan Chandler – an Alberta worker who was killed in a grain elevator accident on Father's Day in 2006 – has received compensation for his death.

Chandler died when grain from a silo fell and smothered him. Since then, his wife Lorna has had to raise their two children on her own while fighting a court battle with the feedlot owner for compensation.

Justice Peter Barley's public inquiry into Kevan Chandler's death recommended that paid farm employees be covered under the province's Occupational Health and Safety Act, and that worker training programs be established by the Department of Agriculture to prevent tragedies like Kevan's from happening again.

But the Alberta government has failed to take action on the inquiry's recommendations, and UFCW Canada has publicly denounced the Conservatives for their appalling complacency.

"We are relieved that Lorna Chandler has finally been compensated for her husband's terrible death," says UFCW Canada National President Wayne Hanley. "But it's an absolute travesty that Kevan's family had to wait this long to receive the compensation they deserve, and the fact that the Alberta government continues to ignore Justice Peter Barley's advice is simply unacceptable," Hanley adds.

"We call on Premier Alison Redford and her government to adopt the Barley inquiry's recommendations to prevent more farm workers deaths from occurring, and for the Premier to honour her campaign promise to extend health and safety coverage to Alberta farm workers."