Young people can make a difference in the Ontario Election 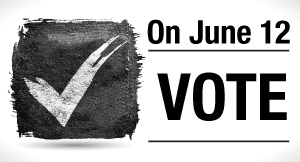 The Ontario Election is right around the corner, and if everything goes as planned, young voters will turn out to the polls in much lower numbers than our older counterparts. And that's a shame, because our generation can have a major impact on the election if we choose to get out and vote.

For example, while only 40 percent of eligible voters under 30 cast a ballot in the 2011 Federal Election, pollster Nik Nanos and former budget officer Kevin Page have concluded that young non-voters would have changed not just the outcome of the election, but also the tone and content of the 2011 campaign, if they had voted. Most importantly, Steven Harper’s Conservative Party – which has done absolutely nothing for young Canadians in its eight years in office – would not have won a majority government.

If more people aged 18 to 30 voted, campaigns would be forced to address our concerns out of necessity. A broader range of issues would be discussed in elections since youth voters have a wide array of priorities that political parties would need to acknowledge. With parties and candidates striving to attract young voters, issues such as the environment, rising tuition rates, climate change, the minimum wage, and workplace rights would finally be put in the spotlight.

Generally speaking, young people are more open to change than older citizens, but change won't happen unless our generation gets actively engaged in the political process and demands that our concerns be addressed. Quite simply, young adults are not taking advantage of our right to have a say, and we won't be able to affect public policy until we become more involved in politics and elections.

The upcoming Ontario Election is a good place to start. Young Ontarians can be a catalyst for change by showing up to vote. Not to mention, recent actions have been taken to make it easier to vote than ever before, including the placement of polling stations on college and university campuses and additional advanced polls.

On June 12, our generation has a chance to influence public policy and positively shape our political system – this time around, let's make the most of that opportunity.