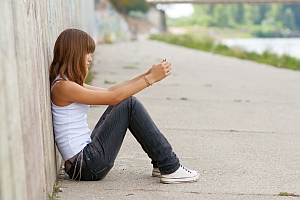 There is a growing, often overlooked, trend that is finally starting to reach the forefront of people’s attention: more and more college and university students are beginning to seek help for mental illness. In many ways this is an unsurprising development – post-secondary students face enormous stress and daily pressures, from maintaining good grades, to dealing with rising tuition fees and debt, to navigating an unfriendly job market both during school and after graduation. For some students, the anxieties of school and work incapacitate them to the point where they cannot resume their day-to-day activities.

Health Canada and other mental health associations say that roughly 10 to 20 percent of Canadian youth are affected by mental illness, and data from Statistics Canada shows that depression and substance abuse are on the rise for people between the ages of 15 and 24. In response to this problem, the Canadian Alliance of Student Associations (CASA) has released a policy paper calling for a national plan to address youth mental illness.

The Association is seeking four commitments from the three federal parties heading into the 2015 election. They include: 1) more financial support for vulnerable students in the form of grants and low interest loans, as well as more time for graduate students suffering from a mental illness to pay back their loans at no extra cost; 2) improved mental health services on campuses, as there is often long waitlists or no room for students with issues to receive help and treatment; 3) more reliable information so that students do not have to resort to observations to convince policy makers that they are in fact vulnerable; and 4) a $4.5 million annual investment for the Mental Health Commission of Canada to strengthen its anti-stigma campaign in schools.

Despite the fact that provincial governments are primarily responsible for health care and education in Canada, the students say they are targeting the federal government because mental health is an issue that affects all Canadians, and CASA believes Ottawa is the only level of government that can pull together Canada’s sporadic mental health system. Another reason why the students are focusing on the federal government is because Statistics Canada, the Canada Student Loans Program, and the Mental Health Commission of Canada fall under federal jurisdiction. Since the Harper Conservatives have so far failed to address the proposals being brought forward by the Association, the hope is that the government and opposition parties will address the issue of youth mental illness in Canada by incorporating CASA's recommendations into their 2015 election platforms.

In our opinion, federal policy makers should adopt the mental health proposals being advocated by various student associations for a number of reasons. For starters, a mental illness can take a massive toll on a person's health and emotional wellbeing, and – unlike most physical illnesses – there is still a stigma around seeking help for the problem. If policy makers enacted CASA's proposals, students suffering from mental illness would have much healthier environments to study in, stressors that contribute to mental health problems for students would be reduced, and we could make further progress in eliminating the stigmas surrounding youth mental illness and those who seek treatment. Canada's federal political parties should therefore incorporate the Association's recommendations into their election platforms, and commit to enacting them should they form a government. The mental health crisis that is plaguing Canadian campuses is simply too important to be ignored any longer.