The federal government is moving backwards on unpaid internships 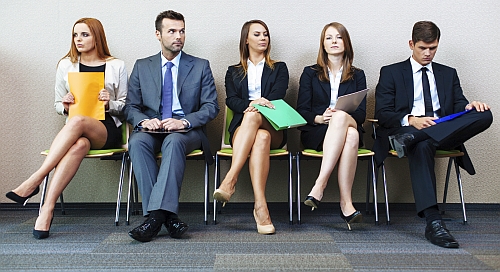 After campaigning on a pledge to create thousands of jobs, internships, and apprenticeships for young people as part of their youth jobs strategy, the federal Liberals are now considering regulations that would permit federally regulated workplaces to hire unpaid interns for up to a year.

The reforms in question were first introduced by the Harper Government through its 2015 Budget Implementation Act. If implemented, they would allow interns to work unpaid for up to four months full-time or one year part-time in federally regulated sectors like banking and telecommunications. The rules would even permit one year of part-time work to be repeated for another year if an intern does not work for a company for at least three months.

As the Canadian Intern Assocation points out, the proposed regulations are a recipe for disaster, as they would effectively legalize unpaid probationary periods of four to twelve months for new hires, while contributing to the growth of precarious work in Canada.

The need for the reforms is also questionable, given that many federally regulated companies – such as Bell Media, Via Rail, Air Canada, TD Bank, and Rogers – are highly profitable corporations that can easily afford to pay their interns.

Moreover, in an interview with Think Forward last fall, Liberal MP Stephane Dion (now Minister of Foreign Affairs) stated that unpaid internships are "a serious and legitimate problem that we need to address," and acknolweged that interns who perform the work of employees should be paid for their work. But it appears that the Liberals are now moving backwards on this issue.

Until very recently, the Canada Labour Code was silent on unpaid internships, and it was only last year that health and safety protections were extended to interns who fall under the code. However, if the government were to implement the Harper Conservatives' regulations on unpaid internships, it would be legalizing and legitimizing free labour at federally regulated companies that can well afford to pay their interns a decent wage, according to the Intern Association.

Beyond the obvious ethical problems that they present, unpaid internships negatively impact the economy by replacing paid employees with unpaid interns, driving down wages, and forcing young people to delay significant life events while being trapped in a cycle of unstable work. There is also little evidence to suggest that unpaid internships lead to long-term, paid employment for young workers. And in the case of unpaid work placements, students are often required to pay tuition to their school and then provide free labour for a company, driving many into crippling debt.

For these reasons, we support the Canadian Intern Assocation's view that the Liberals should halt the implementation of Harper's internship rules, and move to ban all unpaid internships that are not taken for academic credit. In light of the fact that Canada's recent graduates are already struggling to find good jobs, make a living wage, and pay down student debt, the last thing we need is for the federal government to be promoting the exploitation of young workers by sanctioning unpaid internships.

You can take action on this issue by signing the Intern Association's petition calling on the Minister of Employment, Workforce Development, and Labour to halt the implementation of Harper's unpaid internship reforms and work with stakeholder groups to protect interns and young workers.