Guest column: Ontario law on sexual violence, harassment a model for others to follow 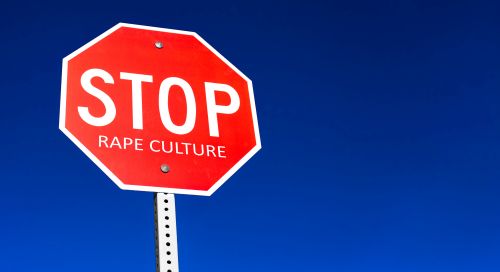 Picture this: you’re a young girl heading to your first party during your freshman year at college. You’re wearing jeans and a tank top instead of the skirt that your girlfriends said looked great on you. Why? Because your mom told you to never wear a skirt and go out drinking. She told you that college boys can’t handle their alcohol sometimes, so you have to be in a defensive position every time you go out. She reminded you that you don’t want to get raped.

Why is this still a conversation that young girls are being forced to have in 2016? Why is this a topic that is so widely recognized, yet so narrowly dealt with? And why are only 6 out of every 100 incidents of sexual assault reported to the police?

With the recent Stanford rape case, campus rape and rape culture have become one of the most talked about news stories this year. Social media outlets have been flooded with people’s opinions on the sentencing of Brock Turner, his upbringing, and the courage it took for the victim in this case to come forward. All of which has raised the question: why is campus rape not being taken more seriously?

Let’s look at the statistics:

The reality is that campus rape is a problem for more than one reason. Students are not encouraged to step forward, and they are rarely offered a safe space when they are assaulted. As well, most Canadian universities do not have a policy surrounding sexual assault on school grounds. Only when high-profile assault cases are profiled in the media do universities begin to investigate their policies and how they can be improved. Without real policies and consequences, how can we expect things to change?

Thankfully, the province of Ontario has set an example for other jurisdictions to follow with the passing of Bill 132. The law requires that all universities must have a sexual violence policy in place that addresses sexual violence, sexual harassment, domestic violence, and related matters. And it protects all Ontarians from the threat and experience of sexual violence and harassment.

It defines sexual violence as “any sexual act or act targeting a person’s sexuality, gender identity, or gender expression, whether the act is physical or psychological in nature, that is committed, threatened, or attempted against a person, without the person’s consent, and includes sexual assault, sexual harassment, stalking, indecent exposure, voyeurism, and sexual exploitation.”

In my opinion, this law has the potential to bring about real change when it comes to preventing sexual assaults on Ontario campuses, and it can also serve as a model for other provinces to use when working to address sexual violence and harassment in general. The law provides safety, support, and hope for those affected by sexual violence, and it is intended to give victims the strength to come forward when sexual assaults happen.

Hopefully, Bill 132 will enable us to finally take control of rape culture in Ontario, and send a message that sexual violence is never okay. And while the world focuses on the fallout of the Stanford rape case, and discusses what can be done to prevent sexual assaults, Bill 132 provides an example of the legislative action that governments can take to fight sexual violence and harassment in all of its forms.

Emily Bradley is a passionate communications enthusiast who has been studying public relations in southern Ontario for the past four years. Currently working as a client manager for a public relations agency, Emily specializes in social media, marketing, and content generation for a number of clients in the Waterloo region.