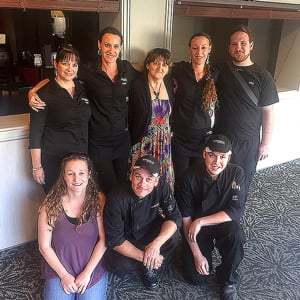 The new three-year deal provides wage increases of two percent per year across all job categories and a $50 signing bonus for all part-time workers in the form of a gift card. Wage increases will also be paid retroactively to the date of the previous contract’s expiration.

Other improvements include a reduction in the amount of time it takes to receive five weeks of vacation, from 17 years down to 15 years. As well, full-time workers with 15 years of service are now entitled to two floating holidays per year.

Bereavement language has been expanded to include aunts, uncles, and brother and sister-in-laws. The contract also provides an increase in the boot allowance to $200 for full-time workers and $100 for part-time workers. As well, the employer's contribution to the UFCW Locals 175 & 633 Training and Education Fund will increase from $1,000 a year to $1,250 a year. Language improvements were also achieved in the discipline clauses.

Located on the shores of Lake Nipissing, the Best Western North Bay Hotel & Conference Centre is the largest hotel and meeting centre in the Northern Ontario city.