Building on success to achieve fairness in 2019 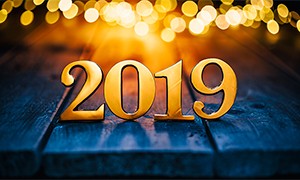 Toronto – December 21, 2018 – As the holiday season approaches and we prepare for the new year ahead, it is worth reflecting on the important work that UFCW activists accomplished together in 2018. Looking back on the last twelve months, I am extremely proud of the progress that UFCW members and their Local Unions made in building a better life for workers and making a positive difference in our communities.

Our impact as a leading voice for workers and a force for social change was evident throughout the year – from rallying in solidarity with Tim Hortons workers, to participating in Women’s Marches across the country, to taking a stand for equal pay for equal work. We also helped thousands of workers bring a union to their workplace, and secured major gains for members in bargaining units across the country.

In addition, UFCW Canada members came together in solidarity at the UFCW 8th Regular Convention in April, where activists passed resolutions aimed at strengthening the union’s core principles of unity, family, community, and worth, and furthering UFCW’s work as a champion of fairness.

On the political front, UFCW Canada continued to advocate on the issues that matter most to workers and their families, like closing the gender wage gap, creating a national pharmacare plan, tackling income inequality, and addressing automation. Working together with other unions and civil society groups, we helped win paid and unpaid leave for victims of domestic violence in four provinces and at the federal level. And we won a $15 minimum wage and expanded public child care in Alberta.

The efforts of UFCW activists also made a difference in communities across Canada, as members and their Local Unions raised over $2.5 million for the life-saving work of the Leukemia and Lymphoma Society of Canada (LLSC), and more than $1 million in support of the United Way’s community outreach.

Without a doubt, these successes helped advance our union’s mission to be a leading advocate for social justice, both in the workplace and in our communities. Looking ahead to 2019, we must renew our commitment to building a better life for workers and their families, and stand united in our efforts to achieve equality for all.

To you and your family, I extend my best wishes for the season, and for the New Year ahead.