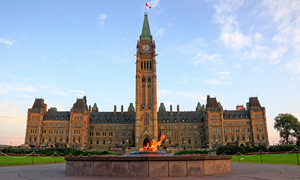 Toronto – October 24, 2019 – With the 2019 Federal Election now over, UFCW Canada would like to say thank you to all the candidates who ran in the election, with a particularly special thanks to the seven UFCW members who ran for the New Democratic Party.

From our union’s perspective, the 2019 election was a bittersweet experience. The election campaign was negative and polarizing, and many Canadians – including UFCW members – found it difficult to get answers to specific policy questions. Voters were also bombarded with negative advertising and misinformation during the entire campaign. And UFCW had hoped the NDP would be able to win more seats than they held heading into the election.

That said, our union was very inspired by NDP Leader Jagmeet Singh’s impressive performance throughout the campaign. UFCW Canada and its Local Unions are also happy with the minority government result, especially because voters said “No!” to a Conservative government led by Andrew Scheer.

Minority governments are a preferable outcome, since they require all parties to work together on passing legislation and ensuring good governance. Indeed, as Earnscliffe Strategy Group points out, the Liberals and New Democrats should be able to find common ground on issues such as affordable housing, reducing student loan debt, and taxing the wealthiest in our society. There is also agreement between the Liberals, NDP, and Green Party on the need to tackle climate change.

Going forward, UFCW Canada members and activists are excited to begin building new relationships with Members of Parliament and working with the new minority government. As always, our union will be advocating for worker-friendly legislation that helps Canadian families get ahead. Together, we can help build a better Canada where no one is left behind.