Growing our collective voice in 2020 and beyond 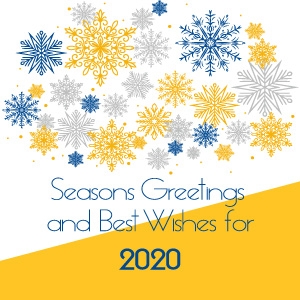 Toronto – December 20, 2019 – With the holiday season upon us, and a new year awaiting, now is an appropriate time to reflect on the victories that UFCW activists achieved together this past year, while looking ahead to the challenges that await in 2020 and beyond.

In 2019, our UFCW Canada family continued to advance in growth and solidarity, with major organizing victories in UFCW’s core sectors, as well as bargaining gains in the emerging cannabis industry.

Thanks to our union’s efforts, the federal government introduced open work permits for temporary foreign workers in the agriculture sector who are victims of employer abuse, and expanded a program that provides a pathway to permanent residency for foreign workers in Canada.

Throughout the year, on the bargaining front, UFCW Local Unions negotiated improvements for members in virtually every sector of the economy. And in May, UFCW activists from across the country gathered in Ottawa to participate in our national Political Action and Young Worker conferences, where participants engaged in a range of dynamic workshops and panel discussions aimed at building on our union’s political action work and efforts to engage young members.

In addition, UFCW succeeded in ensuring that our voices were heard loud and clear during the 2019 Federal Election on issues that are important to the membership, like universal pharmacare, childcare, and a national food policy. Meanwhile, our longstanding campaign to secure paid leave for survivors of domestic violence won breakthrough victories in Prince Edward Island and the Northwest Territories.

Looking ahead to 2020, UFCW Canada will be developing exciting new training initiatives for members. And in the face of rising automation, artificial intelligence, and participation in the gig economy, our union will continue to advocate to make sure that the voices, interests, and needs of workers help shape the future of work.

On behalf of UFCW Canada, I would like to extend my best wishes to you and your family this season, and wish you a happy, prosperous, and healthy New Year.