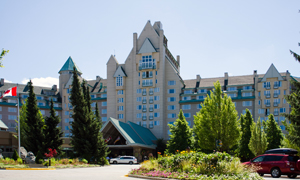 Vancouver – February 1, 2020 – Following complaints filed by UFCW Local 1518, Fairmont Chateau Whistler will voluntarily repay $85,000 in gratuities it withheld from workers in its banquet department. According to the union, the tips were wrongfully taken and thus contravened Section 30 of the B.C. Employment Standards Act.

Banquet workers contacted the union for help in 2018, after Fairmont management rolled out a new “tipping structure” in which gratuities given by hotel guests to banquet workers would be taken from them and used to subsidize the wages of managers.

Despite workers raising their concerns with management multiple times, Fairmont Chateau Whistler refused to stop withholding tips, says Patrick Johnson, Secretary-Treasurer of UFCW 1518. “These workers tried in vain to address the issue themselves. But they couldn’t make the employer listen or obey the law. That’s when they called us.”

According to banquet workers, Fairmont Chateau Whistler took 20 percent of the gratuities they earned and redistributed them to “Catering Services/Planning”; from there the tips were paid directly to catering sales managers. Employer theft of gratuities is illegal in B.C. thanks to changes made to the Employment Standards Act by the province’s NDP government last spring. British Columbia was the last province in Canada to provide legal protection for worker-earned gratuities.

This case shows why unions are needed more than ever, especially with the rise of precarious work and the growth of the gig economy, says Johnson. “When workers lack the collective voice and power of a union, it’s much easier for employers to break the law and exploit their employees,” he remarks. “As a result of our advocacy and the subsequent investigation by the Employment Standards Branch, Fairmont Chateau Whistler will voluntarily repay about 60 of its employees $85,000. That is significant and a real win for those workers.”

Johnson adds that while Fairmont Whistler’s wrongful withholding of tips had real life consequences for the workers, the luxury hotel faced no penalty for violating employment standards. “Without serious repercussions for breaking our labour laws, employers will continue to abuse non-unionized workers. That’s why UFCW 1518 will continue to push for enforcement, and fight for fairness for all workers.”