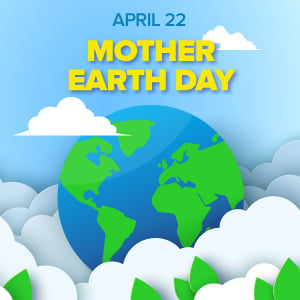 Calgary – April 21, 2020 – International Mother Earth Day, April 22, is an annual acknowledgement of our interconnectedness with the planet and the community we share with all living beings. Ron Klassen, Métis and Treaty One member and UFCW Local 401 member, knows all about the importance of taking care of each other as human beings and as union members.

Ron has made it his life’s work to stand up for justice and fairness for all workers and ensure that diversity and inclusion efforts are respectful and inclusive of Indigenous traditional ways. Ron is also a founding member of the UFCW Canada Indigenous Sub-Committee, where he works with a team of dedicated Indigenous UFCW members to ensure that UFCW Canada inclusion efforts are aligned with the Truth and Reconciliation Commission’s Calls to Action.

Growing up in a home where Métis culture was not practiced, Ron recalls a special moment as a young adult when he was on a city bus and was approached by an elderly Indigenous woman. She looked at his hand and pointed to a birth mark that looked like a heart. She told him he was given the heart of a Buffalo, according to traditional teachings. Eventually Ron ended up holding an executive position at a Calgary Friendship Centre, where he unpacked his past, his traditional ways, and encouraged others to do the same. He continues to do so within his Local Union today.

Ron’s story is symbolic of why it’s important to honour International Mother Earth Day. By taking care of Mother Earth, we can take care of each other.