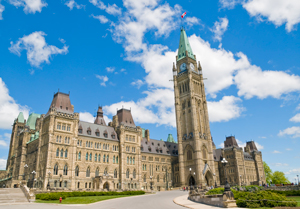 Toronto – May 29, 2020 – UFCW Canada is encouraged by the prime minister’s announcement that the federal government will work with the provinces to implement 10 paid sick days for all workers.

“UFCW Canada has been calling for paid sick days since the beginning of the COVID-19 pandemic, and our union welcomes this commitment from the federal government,” says UFCW Canada National President Paul Meinema. “It appears that the government is beginning to listen to workers and their unions when it comes to paid sick leave, and we appreciate the work of Jagmeet Singh and the New Democratic Party (NDP) in helping to push this issue forward,” the UFCW leader adds.

With a minority government, the Liberals need to attract the support of other parties in order to move their agenda forward. Unlike the Conservatives, who are more concerned with how many questions they can ask in Parliament, Jagmeet Singh and the NDP have used the minority government situation to make major improvements to the government’s response to the COVID-19 pandemic. For example, Singh worked with UFCW Canada and other labour unions to make significant improvements to the Canadian Emergency Wage Subsidy (CEWS) and to increase the Canadian Emergency Relief Benefit (CERB).

The Liberals have put forward a motion to determine how Parliament will function over the summer, but they need the support of other parties in the House of Commons for the motion to pass. Once again, Jagmeet Singh and the NDP used the minority government situation to put forward two specific demands of the government needed to gain the NDP’s support. Jagmeet called for 10 paid sick days for all Canadians, and for the government to follow through with a previous, unfulfilled commitment for assisting Canadians with disabilities. In calling for paid sick days, Singh has asked the government to use either CERB or Employment Insurance (EI) to provide the days and temporarily fill the current void, while negotiating with the provinces to ensure that 10 paid sick days soon become the standard across the country.

“While we are pleased that the government has committed to work with the provinces, we need to see action now. Workers want to go back to work, but they need to know they have the ability to stay home with pay if they are sick,” says Meinema. “UFCW will continue to push the government to ensure that they deliver on their commitment to secure 10 paid sick days for all workers, and we hope to see this enacted as a permanent measure going forward.”

As Canada’s leading union, UFCW Canada believes that political action is essential to achieving a better life for workers and their families. Our union takes politics seriously because the decisions made by political parties and elected officials impact UFCW Canada members in their workplaces, homes, and communities. To learn more about our union’s work in the political and legislative realm, visit the UFCW Canada Political Action webpage.