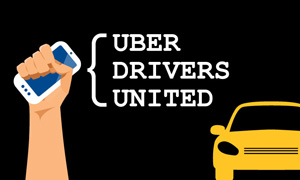 Uber representatives and drivers’ union met virtually with labour board on Friday, June 5

Toronto – June 8, 2020 – UFCW Canada, the union for Uber drivers, participated in an Ontario Labour Relations Board (OLRB) hearing on Friday, June 5 in an effort to help Uber Black drivers in Toronto take another step towards full union representation at work.

The hearing came after more than 300 Uber Black limousine and SUV drivers working in and out of Toronto Pearson International Airport and downtown Toronto became the first ride-sharing workers in Canada to apply for unionization in January of this year.

At issue in the hearing, which was held virtually due to the COVID-19 pandemic, was the scope of the bargaining unit and whether Uber drivers are employees or independent contractors. The union argued it has met the threshold of support needed to gain certification as the official bargaining agent of drivers, while the employer disputed the scope of the bargaining unit. The union also explained why drivers are employees of Uber and not independent contractors, as the company claims.

“The rights of Uber drivers are still being abused, and we continue to be taken advantage of,” says Irfan Muhammad, a Toronto-based Uber Black driver who supports unionization. “COVID-19 has made matters worse by significantly reducing demand for rides, which means that drivers like myself are facing a massive loss of income.”

“We need union representation to help ensure that we are paid for the hours that we work, to provide just cause protection so that drivers do not lose their jobs from a single bad rating, and to make sure that we are treated fairly as business returns and we start to come out of this crisis,” Muhammad adds.

Throughout the COVID-19 pandemic, UFCW Canada has surveyed Uber drivers to gauge their concerns and has engaged the federal government to advocate for wage subsidies for ride-hailing drivers who have been impacted by the coronavirus.

“Uber must acknowledge that drivers are employees of the company and stop hiding behind technology to deny drivers their basic rights at work,” says Pablo Godoy, the National Coordinator of Gig and Platform-Employer Initiatives at UFCW Canada. “Uber Drivers are essential to helping the company succeed in Canada’s ride-hailing industry, and Uber should recognize their efforts and worth by allowing employees to unionize and by working with drivers and their union to collectively bargain in good faith.”