Safeway stores in Manitoba vote 99.7% in favour of strike action 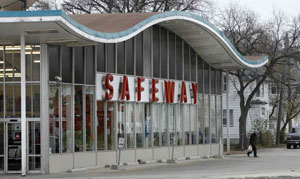 Winnipeg – February 24, 2014 – UFCW Canada Local 832 members working in Safeway grocery stores across Manitoba met this past Sunday to hear an update regarding their Local Union's negotiations for a new collective agreement. With a near-record turnout at six locations, the Safeway members voted 99.7 per cent in favour of giving the negotiating committee a mandate to strike.

UFCW Canada Local 832 President Jeff Traeger was impressed with the turnout for the vote and the high level of engagement that Safeway members have demonstrated throughout the Local Union's talks with the company.

“We had standing room only at the Winnipeg meeting as members are very interested in these negotiations because of the recent purchase of their stores by Sobeys and Federated Co-op,” Traeger stated.

The current collective agreement expires on March 15, 2014; however, there are still two more weeks of talks scheduled with the company.