Local 247 raises over $17,500 for blood cancer research in Nike Women's Half Marathon 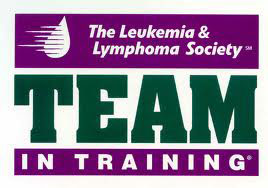 Washington, D.C. – May 22, 2014 –  UFCW Canada Local 247 recently partnered with the Leukemia and Lymphoma Society of Canada (LLSC) to raise thousands of dollars for blood cancer research by participating in the Nike Women's Half Marathon in Washington, D.C.

This was the second time that Local 247 participated in a TNT marathon in the United States, as last year members and staff from the Local Union completed the Rock'n' Roll Marathon & Half Marathon Race in San Diego, California.

The Local 247 fundraising initiative was part of UFCW Canada's broader, ongoing effort to support blood cancer research as the leading annual donor to the LLSC. Since 1985, UFCW Canada and its Local Unions have raised over $28.7 million to benefit life-saving leukemia, lymphoma, Hodgkin’s disease, and myeloma research.

"I think when you train as a team and go to these events, and you see the support from the coaches, volunteers, and cancer survivors, it really makes you aware of the difference you are making in peoples' lives," Local 247 Secretary-Treasurer Dan Goodman said after completing the marathon. "All of us were personally invested in this marathon, and it’s awesome to see that our union's fundraising efforts are having a positive impact," he added.