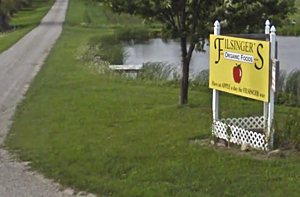 A Walkerton, Ontario trial, scheduled to last for three days has been set aside by a plea bargain, in a case involving the deaths of two Jamaican migrant workers who died after exposure to toxic fumes while working at an Ayton, Ontario farm. Paul Roach, 44, and Ralston White, 36, both of Jamaica, died on September 10, 2010 while working at Filsinger’s Organic Foods & Orchards. They were attempting to fix a pump for a vinegar vat when they were overcome by fumes.

In the wake of an Ontario Ministry of Labour investigation into the fatalities, Debra Ann Becker, Shaun Ronald Becker, Cory Richard Becker, the operators of the farm, and Brandon Weber, a supervisor —— were to stand trial starting January 11, facing multiple charges under Ontario's Occupational Health and Safety Act (OHSA) including failing to provide training, equipment and a rescue plan for workers in a dangerous confined space like the vinegar vat at the farm.

Instead, in a deal signed off on January 10, all charges were dropped against the operators. Weber, the supervisor, pleaded guilty to just one charge and fined $22,500.

"This is a tragic insult to the victims' families and to the safety rights of all farm workers in Ontario," said Wayne Hanley, the national president of UFCW Canada (United Food and Commercial Workers), the country's largest private-sector union. "The message to the agricultural industry is that if you pay a few dollars, safety can be ignored when it comes to the life a farm worker."

For more than two decades, UFCW Canada has led a campaign for equal labour, workplace and safety rights for agriculture workers. In association with the Agriculture Workers Alliance (AWA), it also operates ten agriculture worker support centres across Canada, including four in Ontario. The union called for a coroner's inquest in the wake of the September 10, 2010 fatalities.

"Throughout its investigation, the Ministry of Labour refused our Freedom of Information requests about what happened," said Hanley. "Ultimately, the plea bargain sweeps away the legacy of two innocent men, while the owners of the farm are free to operate in the wake of two deaths that were absolutely preventable."