Oxfam report confirms millennials are worse off than their parents 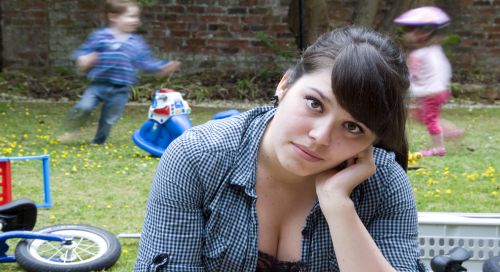 A new report published by Oxfam reveals that the generational income gap is widening in Canada, as young adult workers are earning less money than their parents did at the same age, and are also saddled with the highest student debt in Canadian history.

The Oxfam report shows that as the gap between our richest and poorest citizens continues to grow, we are seeing a parallel rise in the wealth gap between generations, with young people across the world growing more disadvantaged and disempowered than older generations.

The study, which defines inequality as a combination of disparities in income, living conditions, schooling, and access to political forums and a decent working environment, finds that more than 500 million of the world's youth live on less than $2 a day, and nearly 126 million young people cannot read a full sentence.

In Canada, the report finds that youth are currently facing high rates of underemployment, and access to higher education continues to grow further out of reach for working and middle class students; particularly for First Nations and immigrant youth. With costs for undergraduate studies tripling since 1995, today's students have become the most indebted generation in Canadian history, as the average student graduates with over $28,000 in debt. Oxfam also points out that young adult workers in Canada are being paid less today than they were 30 years ago, with those between the ages of 25 and 34 earning approximately $4,200 a year less than the same age group earned three decades earlier, after adjusting for inflation.

Despite these grim findings, the report makes ten recommendations to counter the growing generational gap, including encouraging governments to support youth-led development projects, as well as increasing affordable access to quality education. The report also recommends that governments should:

·       Avoid treating youth as a group isolated from the rest of society;

·       Oppose the privatization of public services;

·       Work towards reducing the economic inequality that many youth are facing;

·       Consider the gendered impacts of policy decisions before implementing them;

·       Advocate for and implement actions to combat climate change; and

It is time for governments and other decision-making bodies to rise to the occasion and help young people in the various challenges that we face, as both our present and our future depend on strengthening the economic and social capacity of today’s youth.