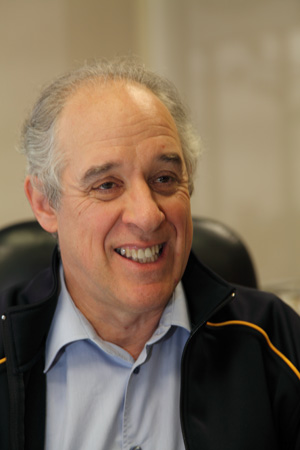 Brother Lachaîne is a long-time labour activist and UFCW Canada leader who has served the labour movement for over 30 years.

Starting out as a staff representative for the International Union of Workers and Ladies’ Garment Workers in 1982, Alain was appointed the ILGWU’s Director of Organizing in 1988 and served in that position until 1994.

In 1997, Brother Lachaîne joined the staff of UFCW Canada Local 501, after earning a master of industrial relations degree from the University of Montreal in 1996.

From 1997 to 2006, Alain represented the members of Local 501 as contract negotiator and in 2006 was elected to serve as their Secretary-Treasurer.

Brother Lachaîne was elected the President of Local 501 on March 11, 2011, following Pierre Gingras who retired after several decades of dedicated service to the union.

In addition to serving as the president of Local 501, Alain is also a leader within the broader Quebec labour movement and the Fédération des travailleurs et travailleuses du Québec (FTQ), where he serves on the labour federation’s General Council.