Over 1,500 Zellers employees who are members of the United Food and Commercial Workers have ratified a three-year union contract. Four of the Zellers stores covered by the collective agreement will be converting to Target. 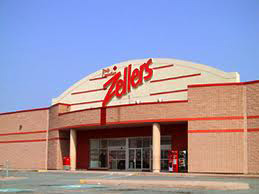 More than 1,500 Zellers workers have ratified a new three-year collective agreement. The members of UFCW Canada Local 175 work at 12 Zellers stores across Ontario. Negotiations between the union and the company successfully concluded at end of January. The new three-year deal includes wage increases and enhanced severance pay in the case of store closure.

“Congratulations to our members at Zellers in achieving a new collective agreement,” says UFCW Canada National President Wayne Hanley. “This is a victory for Zellers workers across Canada because it demonstrates that workers can protect their working conditions with a legally binding collective agreement.”

As Canada’s leading retail workers union, UFCW Canada is a partner in the worker-led campaign www.targetfairness.ca, which is dedicated to reaching out to communities affected by Target conversions, and asking Target for fairness by guaranteeing that Zellers workers will continue to be employed in their stores once the conversions have occurred and that their working conditions and years of service will be honoured by Target.

UFCW Canada is the largest private-sector union in Canada, with more than 250,000 members, and represents Zellers workers at 15 stores in Ontario, Quebec and British Columbia.