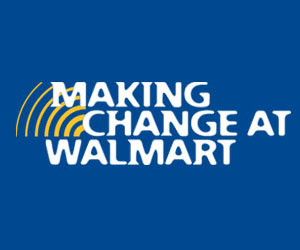 The final vote tallies released by Walmart at the company’s 2012 shareholders’ meeting last week clearly show growing concern and a lack of confidence in the retailers’s policies and leadership from public shareholders.

The percentage of votes against the board increased ten-fold from last year and the proposal to rein in executive compensation received notable support for a first-year proposal.  With the Walton family controlling approximately 50% of the company shares, these votes underscore the growing discontent from non-family shareholders, with one in three voting against the board.

Director Lee Scott, who was CEO during the time period when the alleged Mexico bribery and cover-up scandal happened, received the largest number of no votes with about 15% of shareholders voting against his re-election (38.8% of non-Walton votes) up from 1% last year.  Votes against CEO Mike Duke and Chairman Rob Walton’s increased to more than 13% and 12% (33.1% and 32.4% of the non-Walton votes), up from 0.5% and 0.9% last year.

The winds of change at Walmart were all the more evident at this year’s shareholder meeting with the introduction of Proposal #6, concerning executive compensation, which received approximately 267 million votes, 22.7% of the shares not held by the Walton family.