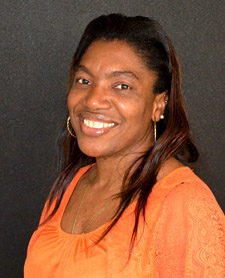 Marlene Gordon came to Canada in 2009 as a temporary foreign worker. As a proud mother of two young children and one stepson, she felt compelled to seek international employment outside of her native Jamaica to provide for her family. She didn’t see migration as a choice but as a need to improve her family’s livelihood. Marlene hoped that by working full time in Canada, she’d have the opportunity to pursue her studies in early childhood education. These dreams were shattered, though, when Marlene came to work under the Pilot Project for Occupations Requiring Lower Levels of Formal Training in 2009. Ms. Gordon was hired by McDonalds fast food restaurant in Western Canada. She worked hard and was dedicated to her job but eventually missed her family and couldn’t bear to be without them.  She returned to Jamaica after a few months of work in Canada, as she could no longer take the isolation, the tough working conditions, and the desperation induced by being away from her children.

After spending some time back home, Ms. Gordon decided to try working in Canada again. She returned under the same program the following year and was able to obtain work at Tim Horton's for a period of one year before returning home again to see her family. Unsure of whether she would migrate back to Canada, she realized the money that she had earned here had significantly helped her family’s livelihood in the short time that she had left home. She returned under the same program five months later and was able to obtain work at Burger King, where the employer subjected her to abusive and deplorable conditions both in the workplace and in the room and board component of her contract. Marlene was verbally abused during a dispute with Burger King over her accommodations. The employer then fired her, claiming they no longer needed her services.

Luckily Marlene has secured a new two-year contract with Tim Horton's. Since arriving in Canada, Ms. Gordon has become aware of the live-in caregiver program and the UFCW Canada Migrant Workers Scholarship through conducting research online.

Today Marlene is a seasoned migrant worker. She understands her rights and is currently in the process of filing a complaint under the Employment Standards Act for the inappropriate treatment that she received while working at Burger King. According to UFCW Canada National President Wayne Hanley, stories like Marlene’s are all too common under Canada's Temporary Foreign Worker Program. "Workers are consistently subjected to substandard conditions without any viable recourse to seek justice and demand the equal treatment that they deserve," says President Hanley.

Marlene understands that knowledge is power. She works with many other temporary foreign workers and helps to navigate their enquiries in a program that is full of unsatisfactory standards. She is young and feels empowered to make a difference both in Canada and for her family in Jamaica. “In spite of the many challenges and obstacles we face while here in Canada, to make our lives and the lives of our loved ones a success, I believe we need to share our problems with relevant authorities who can potentially help us. I encourage temporary foreign workers to read the laws, comprehend them, and ask questions. Let’s be motivated to transform our lives from negatives in a dark room to beautiful pictures," Ms. Gordon says.