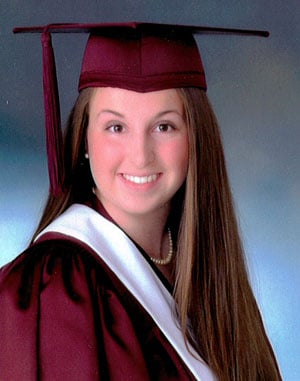 The union scholarship covers $8,000 in tuition fees over a period of four years. As part of the application process, Katelyn wrote a 500-word essay describing the positive role of unions in her community.

Katelyn graduated with honours from Harbour View High School and is also the recipient of a $500 Clubs Scholarship from the Rotary Club of Saint John. Katelyn’s vice principal at Harbour View describes her as a “caring and socially conscious young woman who has the ability to accomplish all that she sets out to do for herself and others”.

Katelyn is enrolled full-time in her first year of the Bachelor of Nursing program at the University of New Brunswick Saint John. With respect to career plans, she is aiming to graduate and enter medical school.

Every year, the UFCW International Union offers scholarships to union members and their immediate family who want to further their education and who demonstrate a commitment to their communities.