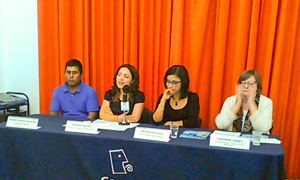 The report highlights cases of discrimination, exploitation, and abuse of migrant farm workers while in Canada and points out the failure of Mexican and Canadian authorities to better protect migrant workers who come to Canada under the Seasonal Agricultural Workers Program (SAWP). The new report also reveals that despite the vital contribution that migrant workers make to the Canadian and Mexican economies, the workers’ access to health care, labour protections, and social benefits continue to be denied by both countries.

"Despite Canada and Mexico pointing to SAWP as a model program that protects the rights of migrant workers, the Seasonal Agricultural Workers Program fails in that role. Instead, SAWP perpetuates a culture of fear and extreme precariousness with workers bound to single employers who can repatriate them at any time without cause," says UFCW Canada National President Paul Meinema.

In most jurisdictions across the country, migrant agriculture workers are also restricted from the fullest protection of provincial employment standards and health and safety regulations. As the new report details, the result is that Canada's migrant agriculture workers are faced with conditions where exploitation and abuse are all too common. Migrant and temporary agriculture programs in Canada are regulated by the federal government, do not provide a pathway to permanent resident status, and typically tie a worker to one employer with no option to seek another if there is a workplace problem.

"There is a global tendency to use these strategies as 'good practices' when they are actually are a mechanism to block access to citizenship, and limit the portability of human and labour rights," says Fabienne Venet, head director of Instituto de Estudios Y Divulgación Sobre Migración (INEDIM), one of the many international migrant worker organizations who were on hand for the press conference.

A digital copy of The Status of Migrant Farm Workers in Canada 2015 report can be accessed here.