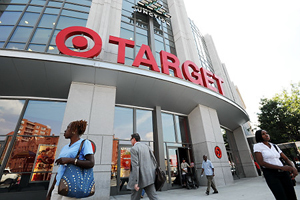 Target claimed the pharmacy workers' vote to join UFCW Local 342 was not valid because the company recently sold its pharmacy business to CVS Health. But the NLRB disagreed, ruling that the company failed to raise any "substantial issues warranting review" in its appeal.

The group of pharmacy workers made history this past September by becoming the first-ever unionized employees in Target's 113-year history. The workers joined the union to gain representation in uncertain times, as they were worried that the sale to CVS would lead to layoffs or reduced wages and benefits.

By voting "Yes!" to UFCW Local 342, the Brooklyn Target employees join over 1.3 million UFCW members in the United States and Canada who work in a wide variety of industries, including food retail and processing, health care, meat packing, and pharmaceuticals. The workers have asked Target to set a date to begin negotiations, but have not heard back from the company.