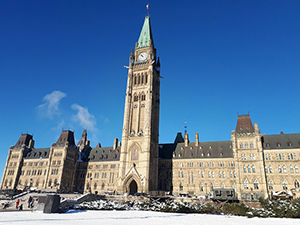 Ottawa – March 2, 2018 – Despite some positives, the 2018 Federal Budget introduced by the Trudeau government looks more like a re-election plan for 2019 rather than a budget that deals with the real issues of the day.

Most welcome was a commitment to five days of paid leave for victims of domestic violence, which was long overdue. No one should fear losing pay on their job when attempting to flea an abusive relationship.

Included in this year’s budget was a $3.4 million investment to establish a network of support organizations for Temporary Foreign Workers dealing with potential abuse by their employers. This commitment speaks directly to the work UFCW Canada has undertaken for more than 20 years. We have been on the front line of this issue from the beginning and will be following up with the government on this announcement to ensure effective implementation.

There were other items in the budget that sounded positive but are not exactly what had been hoped for. Many were happy to hear that the Liberals would be taking a look at a national pharmacare plan – stealing a page from the NDP’s playbook. However, all that is being offered is just another study of the issue. There is no financial commitment in the budget and Finance Minister Bill Morneau, just one day after the release of the budget, has already backtracked on the commitment — calling it a strategy, not a plan, and suggesting that it will not be the universal program that experts, unions and community groups have been advocating. The issue has been studied extensively and the time to act is now.

Perhaps the most disappointing omission in the budget were the missed opportunities to deal significantly with income inequality. Many experts have concluded that one of the main things that could be done to fight income inequality would be the establishment of a national childcare program. Despite this, there was little mention of childcare in the budget and no commitment to look at a real, affordable universal childcare program.

The budget also offered little to stop the use of tax loopholes such as stock options and made no mention of a plan to combat the widespread use of tax havens. Canada loses billions of dollars per year to tax loopholes and tax havens – money that could used to fund both a universal pharmacare program and universal childcare.

What the country needed was a bold plan that addressed the real issues many Canadians face on a daily basis, what we ended up getting was a budget that looked more like a Liberal campaign plan for the 2019 election.