After many years of warnings by UFCW Canada, and its allies, and after the tragic Christmas Eve death of four workers (see DIRECTIONS 10.02), the Ontario government is finally starting to admit the province’s system for injured workers is unfit and requires urgent care. 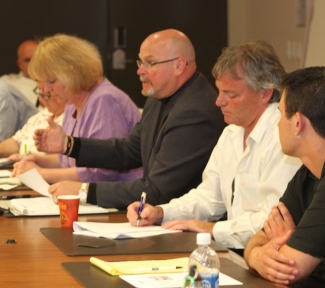 “Without proper health and safety enforcement, workplaces are a free for all. The Internal responsibility system does not work. Workers in Ontario need a system that gives the responsibility for prevention to a group picked by labour and employers with equal representation, and a system that gives enforcement the teeth it needs and deserves,” says Jim Wright, national representative and chairperson of the UFCW Canada Workplace Rights Committee (see DIRECTIONS 10.17).

Joined by health and safety activists from several UFCW Canada local unions in Ontario, Brother Wright recently took that message – and others – to a recent stakeholder meeting in Toronto called by the Ministry of Labour’s newly established Expert Advisory Panel on Occupational Health and Safety. The panel is holding a series of public hearings to determine what the government needs to do to create safer workplaces in Ontario.

“Action on this issue is long overdue,” says national organizer Stan Raper who represented UFCW Canada and the Agriculture Workers Alliance in London, Ont., two days after the public hearing in Toronto, to highlight the many serious health and safety issues in the province’s agriculture industry.


“Time will tell whether this is just another PR stunt or if the McGuinty Government is serious about doing something to save workers’ lives. At the very least, it’s an opportunity for us to raise awareness about these crucial issues and to have our voice heard,” says Brother Raper. 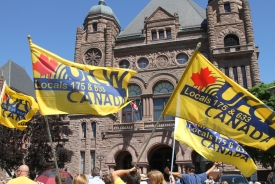 To ensure UFCW Canada’s voice was heard, the union also took to Queen’s Park on Injured Workers’ Day to join a large group of activists who made enough noise to call out the Minister of Labour and the Chair of the Workers Safety and Compensation Board (WSIB), who both attempted to address the crowd.

The large group of injured workers, labour activists and social justice advocates used a series of colourful costumes and props to make a memorable statement for reasonable benefit payments and the immediate cancellation of backward programs, like the Experience Rating Program (see DIRECTIONS 8.05)

The Expert Advisory Panel is mandated to hold meetings in six different communities and make its report to the premier in the fall. 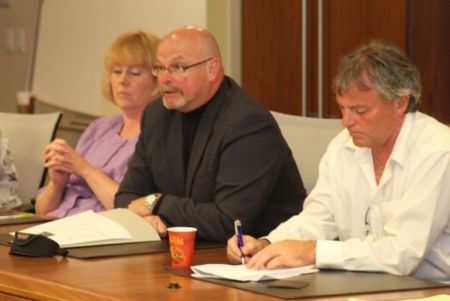 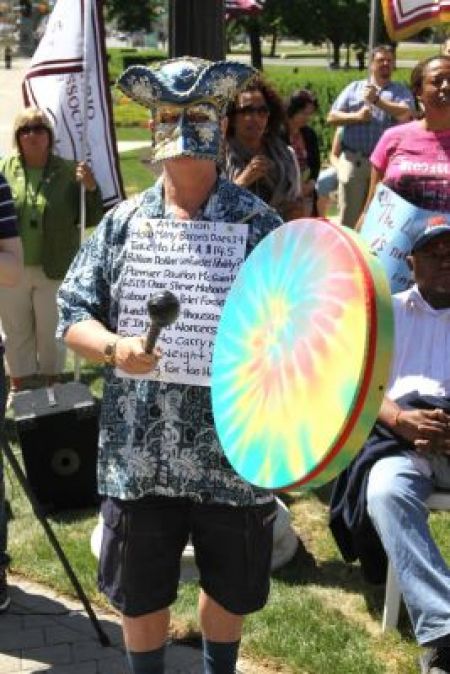 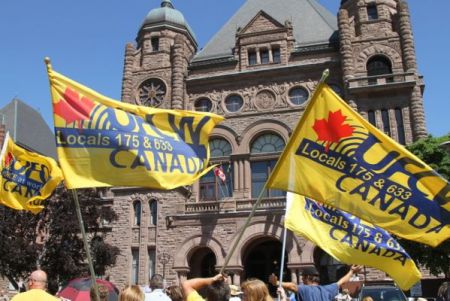 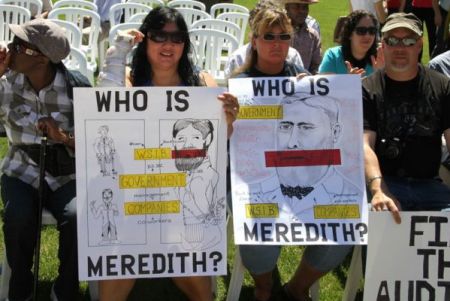 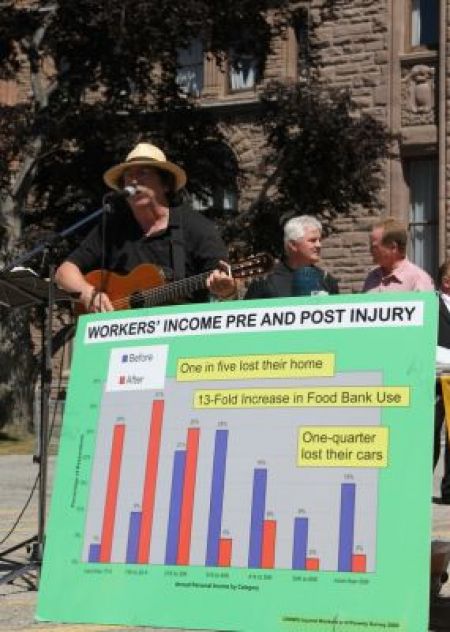 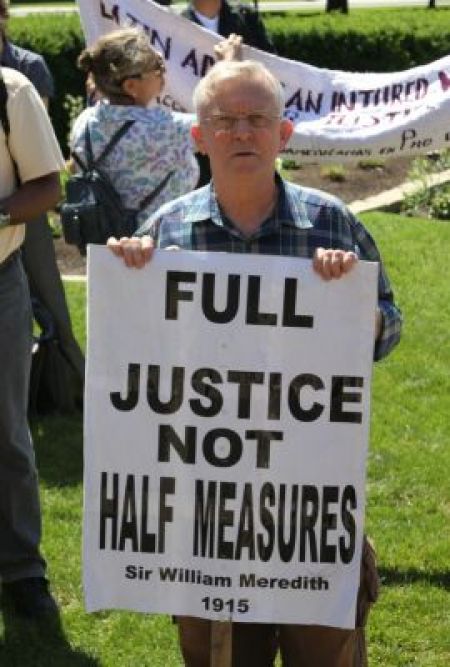 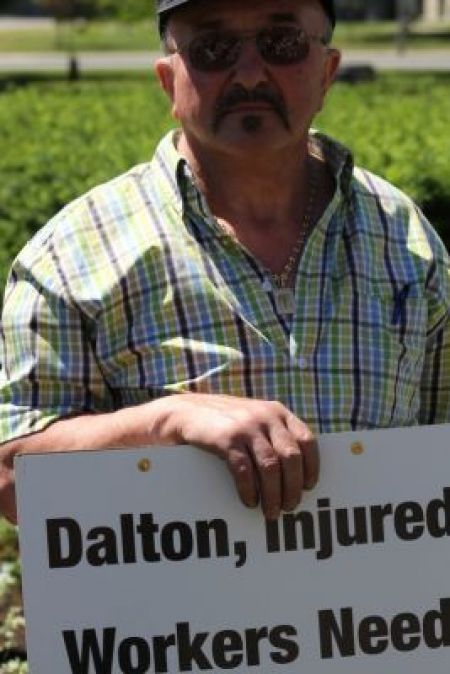 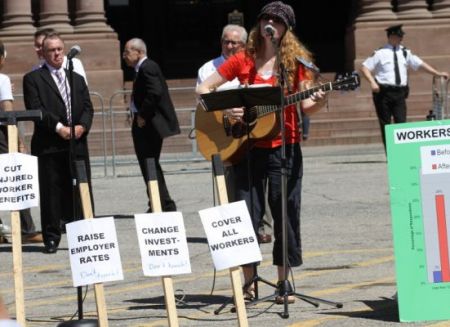 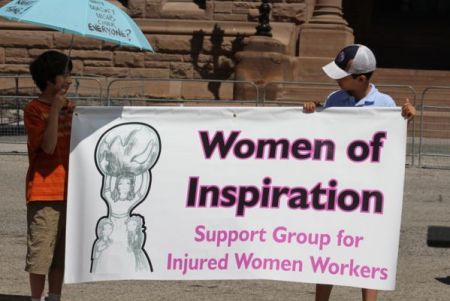