By the Numbers: Unionization in Canada 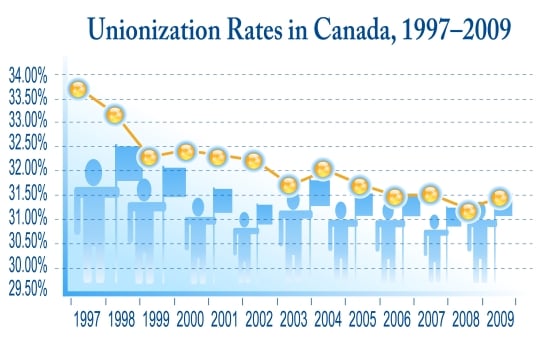 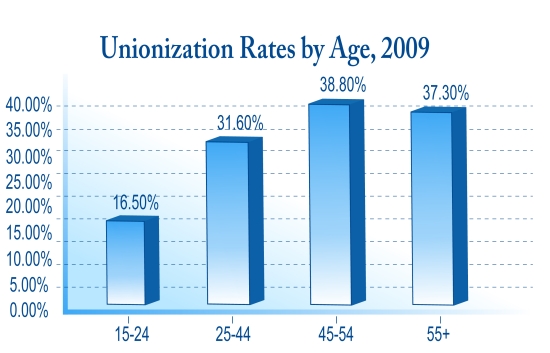 The data also demonstrates that in 2009 Quebec was Canada’s most unionized province, where 39.8% of the workforce belonged to a union, followed by Newfoundland and Manitoba, which accounted for union density rates of 39.0% and 37.0% respectively. Alberta represented the lowest unionization rate with 25.0%, followed by Ontario at 27.6% and Nova Scotia at 30.6%. In B.C. only 31% of the workforce was unionized in 2009. 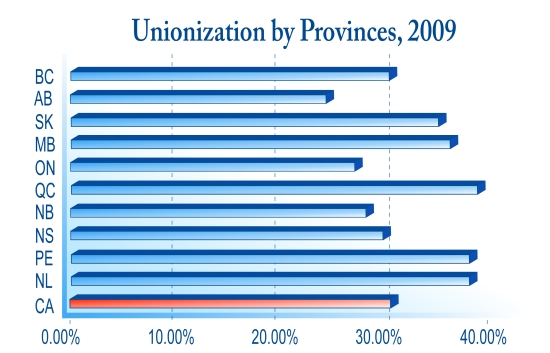