By the Numbers: Consumer Price Index (CPI) in Canada

The Consumer Price Index, or CPI, is used to estimate the extent to which the purchasing power of money changes, or put another way it’s a measure of inflation or deflation over time. CPI is measured by comparing the cost of a fixed basket of commodities (like food and clothing) and services purchased by Canadian consumers usually over a 12 month period. 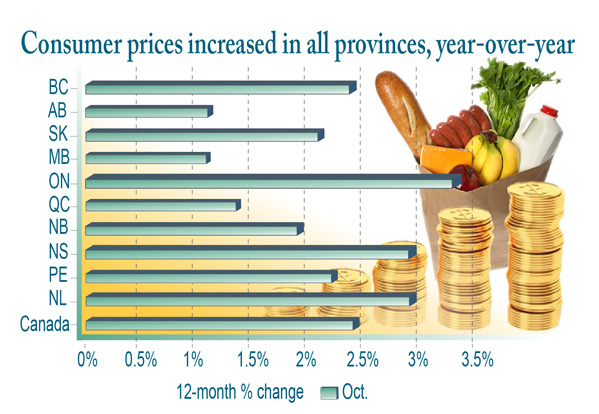 From October 2009 to October 2010, consumer prices increased in every province, with Ontario experiencing the sharpest increase at 3.4%.

In British Columbia prices went up 2.4%, while in Quebec prices rose 1.4%.

In Alberta prices rose by a modest 1.2%, and Newfoundland & Labrador and Nova Scotia saw the cost of goods go up by 3%.

What went up and by how much? 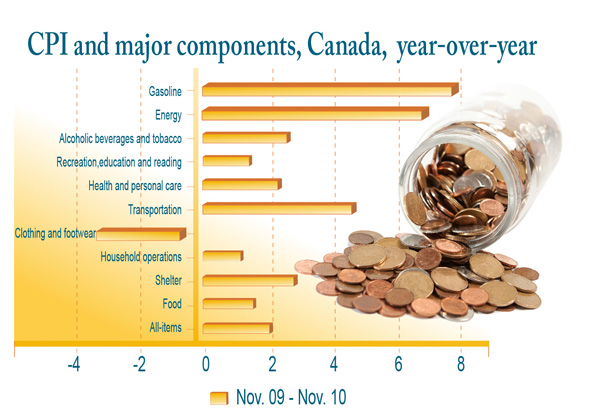 Transportation costs went up 4.6% while the prices at the pump were 7.2% higher than a year earlier.

Energy prices increased 6.7% while electricity prices recorded a 5.9% increase from the previous year.