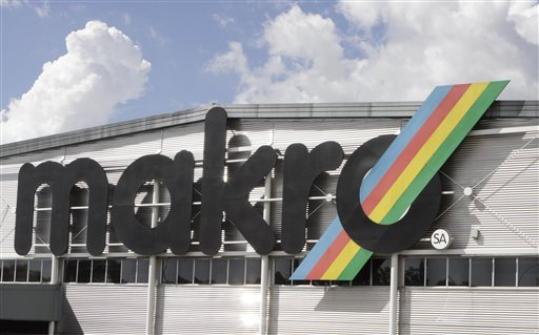 The UFCW has added its voice to a growing number of progressive organizations from around the world who are very concerned about Walmart’s recent expansion into South Africa.

The Arkansas-based corporation burst into the South African market on January 17 by purchasing a controlling share of Massmart, one of the country’s major retailers.

“Despite the advent of democracy in 1994, South Africa remains one of the most inequitable societies in the world. The acquisition of 51% of Massmart by Walmart will cut out even more local ownership of one of the major retail players in the country,” said Tyotyo James, first Deputy-President of the Congress of South African Trade Unions (COSATU), while demonstrating at the Massmart shareholders meeting that approved the sale.

“Walmart has come into our country and tried to claim that it is union-friendly. But, we know from our friends and colleagues from around the world, and especially in the United States of America – the company’s home country – of Walmart’s relentless attacks on workers and unions,” added Brother James.

The international coalition – in addition to COSATU and the UFCW – includes the South African Commercial, Catering and Allied Workers Unions (SACCAWU), UNI-Africa, UNI Global Union, and a number of other civil society organizations.

The UFCW was represented at the well-attended demonstration in Johannesburg by Michael Bride, the union’s Deputy Organizing Director for Global Strategies, who said “Walmart’s anti-worker and anti-union bias is well known in North America.  From closing a store in Canada after it voted for the union to the dissemination of anti-union propaganda among its U.S. staff, Walmart is widely acknowledged as the most anti-union company in America.

“But Walmart is more than that – we must also tell the story of the devastating effect that Walmart’s business model has on communities, small businesses, and companies in the supply chain. I am honored to stand with our South African brothers and sisters and am compelled to tell them the full story of the Walmart effect,” added Brother Bride.

The demonstration by the international coalition comes shortly after the Walmart Workers Alliance was created to provide Walmart Associates in five countries with a network to compare experiences, share information, and collect rights-focused information.