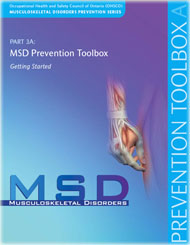 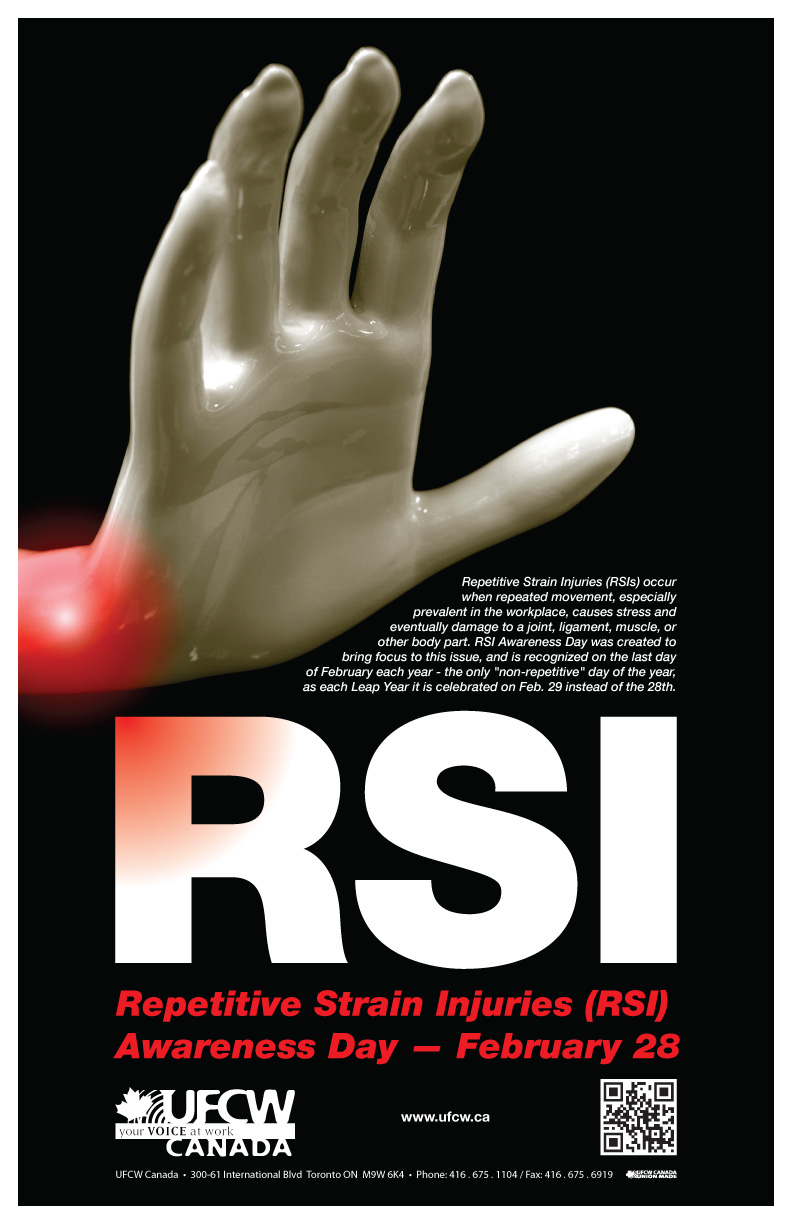 February 23, 2013 - On February 28, UFCW Canada will join workers and other labour groups around the world to recognize Repetitive Strain Injury Awareness Day. Health-and-safety activists initiated the annual day of awareness in 2000, to help bring attention to an occupational hazard that affects thousands of people in many different sectors, and members working in UFCW Canada core industries in particular.

Also known as musculoskeletal disorder (MSD), the term repetitive strain injury (RSI) refers to a number of injuries that affect the body’s muscles, nerves, and tendons. Some common examples of RSIs are tendinitis, tenosynovitis, and carpal tunnel syndrome.

One out of 10 Canadian workers is afflicted with RSIs and, apart from the emotional strain these injuries can have on affected workers and their families, the net cost of RSIs exceeds $26-billion – or 3% of the country’s gross domestic product (GDP) – every year.

Despite the massive negative impact RSIs have on workers and the national economy, British Columbia, Alberta, Saskatchewan, Manitoba, Quebec, and Newfoundland and Labrador are the only provinces that have so far recognized the need for regulatory action.

“RSIs are a painful reality for thousands of workers in Canada, and a tremendous source of frustration for worker advocates because most repetitive strain injuries are so preventable,” says national representative Jim Wright, who chairs the UFCW Canada National Council Workplace Rights Committee.

“The first step in prevention is awareness, and that is why the Workplace Rights Committee is offering the RSI poster and other related tools and resources,” adds Brother Wright making reference to the RSI poster that is now available for download in both French and English, as well as the MSD Prevention Toolbox, which UFCW Canada co-developed with the Ministry of Labour and other stakeholder groups.