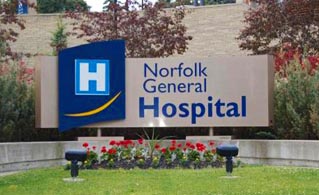 Staff of the AWA are scheduled to meet with officials from the Norfolk General Hospital to discuss the death of a Mexican migrant worker who died a day after he was discharged from the southwestern Ontario hospital. Miguel Juarez Pasión, 25, had spent four days at the Norfolk hospital where a CT scan revealed his pain and tremors were caused by a brain parasite. He was discharged on September 15 and directed to see a specialist the next day in Hamilton, Ontario.

That never happened. The next day, on September 16, paramedics were called to Procyk Farms in Waterford, Ontario where Juarez Pasión had worked the past four seasons. He was incoherent and convulsing. He was rushed by air ambulance to the University Hospital in London, Ontario where he died later that day.

"Our thoughts and condolences go out to Miguel Juarez Pasión's family and community," said UFCW Canada National President Wayne Hanley. "Farm work is some of the most dangerous work in Canada, and we will continue to press for answers into this tragic and untimely death of a young man who had come to Canada to provide for his family."

In the wake of Miguel Juarez Pasión's death, a letter was sent by the AWA to Norfolk Hospital requesting a meeting, and asking why Juarez Pasiónwas discharged back to the farm instead of being transferred to another hospital where a specialist was available? The letter also noted a lack of translation services at the hospital which is centered in an agricultural area with thousands of migrant workers.

Those and other questions about the quality of health care for migrant workers in the Simcoe area are on the agenda for a meeting scheduled with the CEO and staff of Norfolk General Hospital on October 4.

Miguel Juarez Pasion was a member of the AWA. He was well known to the community and the staff at the AWA agriculture worker support centre in Simcoe, Ontario where a memorial service was held on September 23.