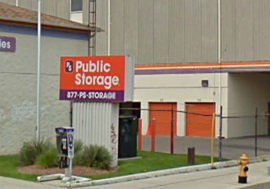 The Ontario Labour Relations Board (OLRB) has certified a single UFCW Canada bargaining unit covering Public Storage workers at 19 locations in the Greater Toronto Area (GTA). The certification came after Public Storage workers at locations in Toronto, Brampton, Mississauga, and Oakville sounded the drums of change at their workplace when they presented the American corporation with a huge mandate for UFCW Canada representation.

Feeling underappreciated, over worked and silenced by management, workers at the Public Storage locations — with the support of UFCW Canada organizers — built mass support through a disciplined campaign for union representation that led to a successful secret ballot vote on September 21.

At OLRB hearings that followed the vote, Public Storage pushed to divide the workers into several different bargaining units. But national office organizers, with the support of a rock solid inside organizing committee, secured one unified bargaining unit spreading across the GTA. The certificate was issued October 12.

“This is a huge victory for Public Storage workers who from day one showed unwavering commitment to improving their conditions through the power of unity, solidarity and persistence,” said national representative Enver Harbans who was a member of the organizing team.

"More than ever, workers in the retail and service sectors need a strong voice and union and we are ready for them," says UFCW Canada National President Wayne Hanley. "We welcome the new members at Public Storage, and extend our resolve to other Public Storage workers who want the advantages of UFCW Canada representation."

The more than 50 new members at the GTA Public Storage locations will be represented by UFCW Canada Local 175. Bargaining for a first-collective agreement is expected to commence before the end of the year.