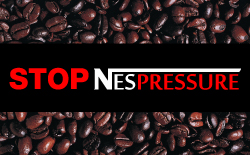 UFCW Canada is calling on all activists to support a new campaign launched by the International Union of Food Workers (IUF) that asks people around the globe to make a stand for labour rights against the world’s largest food company.

At the Nescafé factory in Panjang, Indonesia, union members were dismissed after protesting in response to a collective bargaining deadlock. The company has failed to show up for mediation and refused admittance to the occupied factory by a committee from the local parliament, preferring mass dismissals to good faith negotiations.

And it’s a similar story in Pakistan where Nestlé has attempted to undermine the union, interfering in elections and harassing labour leaders. Now that the union is energetically defending the right of hundreds of contract workers at the company’s new Kabirwala location, Nestlé is responding with provocations and dismissals and has suspended the union president.

“Labour rights are human rights, and strong international worker solidarity is the only way to stop global corporations from trampling on the rights of workers in different parts of the world,” says UFCW Canada National President Wayne Hanley. “As workers, consumers and community members in Canada, we need to show Nestlé that Canada is watching and that we will fight any and all attacks on human rights – including the fundamental rights of workers.”

Activists are strongly encouraged to make a stand for labour rights by telling to Nestlé to stop Nespressure and respect trade union rights!