In 2012, let's build on our recent successes 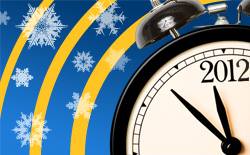 2011 was an important year for working Canadians. Amidst rising unemployment, an ever-growing divide between the nation's richest and poorest citizens, and a lack of government support for people who are desperately in need, voters made history by electing Jack Layton's New Democratic Party (NDP) as the Official Opposition to Stephen Harper's Conservative government. UFCW Canada was proud to play a prominent role in helping the federal NDP obtain 102 seats in the House of Commons. Despite the tragic and untimely passing of Brother Layton last August, our union is confident that the NDP will vigorously oppose the right-wing agenda of the Harper Conservatives.

This year also saw the re-election of Greg Selinger's NDP government in Manitoba and a strong showing by Andrea Horwath's New Democrats in the Ontario Provincial Election. Unlike their colleagues in other parties, both leaders understand the issues facing ordinary Canadians. UFCW Canada looks forward to seeing more family-friendly legislation from the Selinger government and we are hopeful that Ms. Horwath will work with Dalton McGuinty's Liberals to improve the living standards of Ontarians and extend fundamental collective bargaining rights to agriculture workers.

Another significant development was the emergence of Occupy Canada, which successfully forced our corporate-controlled media to finally acknowledge the enormous and unethical income gap between the country's richest 1 percent and the 99 percent of working Canadians. UFCW Canada commends the Occupy movement for pushing the issue of inequality into the national spotlight.

In addition to helping the NDP secure major electoral gains and supporting the message of Occupy Canada, UFCW Canada won several notable organizing victories across the country. Our union welcomed new members in the retail, food processing, and hospitality industries, including workers at H&M clothing stores in Ontario and Quebec. These victories are essential to strengthening and expanding our union so that we can effectively bargain on behalf of UFCW Canada members.

While the New Year is an appropriate time to reflect on the progress that our union has made in recent months, it also provides a chance to assess the challenges and opportunities that lie ahead of us.

Even with a labour-friendly Official Opposition in Parliament, we will need to fight anti-worker legislation from the Harper Conservatives by remaining politically engaged between now and the next federal election. Unemployment is still unacceptably high in this country and we have to pressure governments at all levels to create jobs and expand social programs and benefits to workers who are struggling through these difficult economic times. We also need to increase union density in core industries such as food retail and processing, which are integral and growing sectors in the Canadian economy. By organizing more workers in these and other industries, we can negotiate better contracts for UFCW Canada members and ensure that ordinary Canadians have decent wages, good working conditions, and pensions that allow them to retire with dignity.

Let's work toward a stronger union and labour movement by building on the successes of the past year.