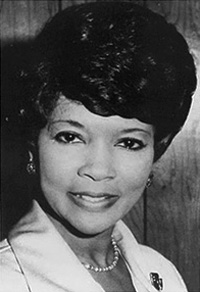 UFCW lost one of our own on April 1 – Addie Wyatt was a pioneering and inspiring union activist. She was a founding member of the Coalition of Labor Union Women (CLUW), the first woman International Vice-President of Amalgamated Meat Cutters, the first woman of colour to serve on the board of the UFCW after its formation in 1979.

"Addie Wyatt was a true trailblazer. Addie worked as a meat packer from 1941 to 1954. In 1953, she was elected Vice-President of United Packinghouse and Food and Alliance Workers Union Local 56, becoming the first African American woman to hold senior office in an American labour union. Addie served as the Director of the Women’s Affairs and Human Rights Departments of the Amalgamated Meat Cutters. When she became International Vice-President of the United Food and Commercial Workers in 1979, she was the first African American woman to take a high level 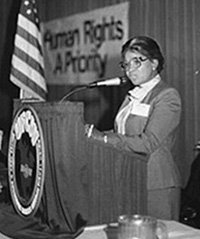 leadership position in an international union.

"UFCW has lost a great friend and ally. She was an inspiration to me personally and thousands of others. Addie’s legacy is a permanent part of UFCW’s history and her impact will be felt for generations."

To read more about Addie Wyatt's legacy, check out the International’s feature post on her work, published last year.